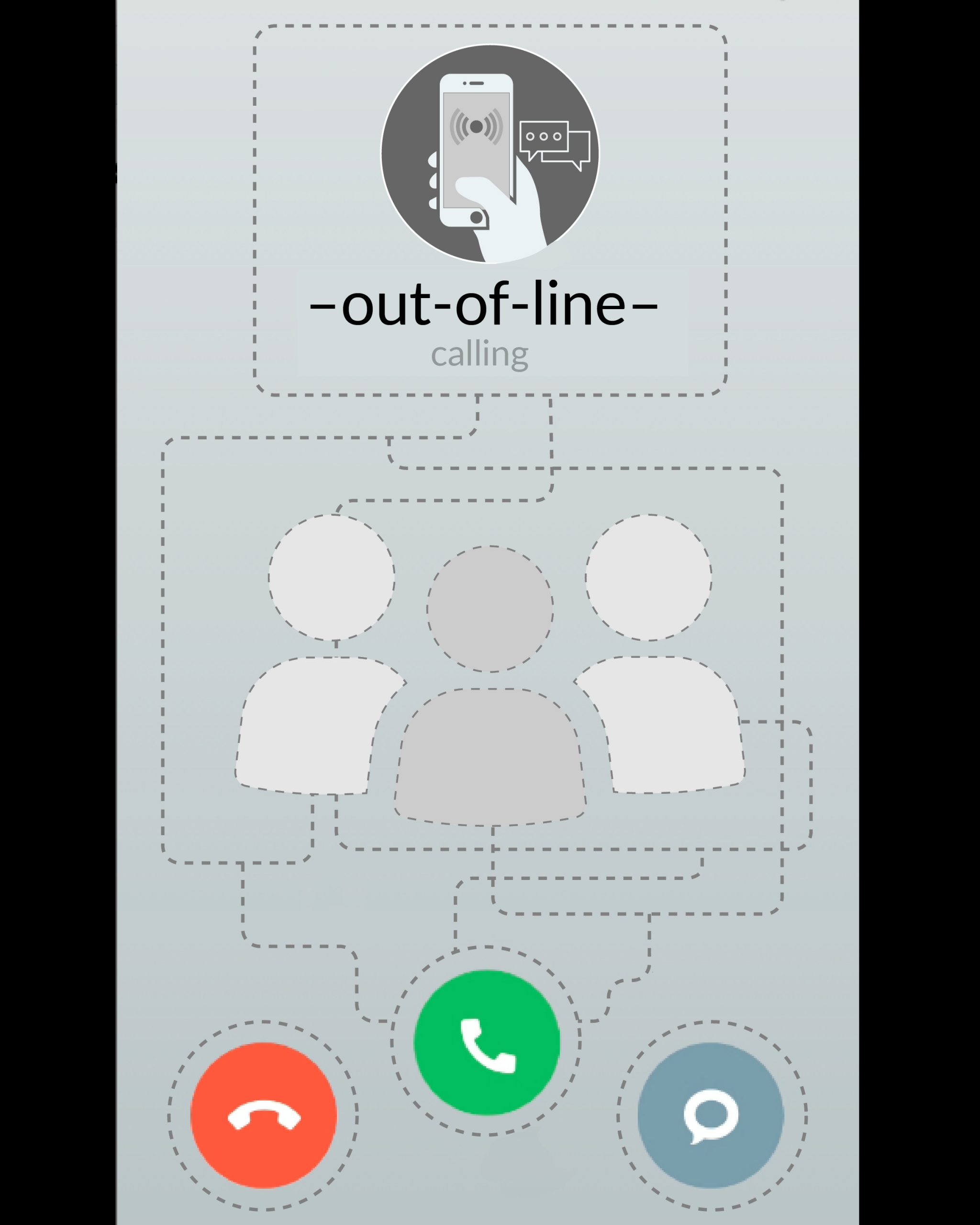 A virtual exhibition space that is built over cellphone networks and uses the site of ‘the call’ to showcase sound and text-based works.

The act of featuring ‘sound works on a cellphone line’ is suggestive of a new site/ space/ environment/ mode of ‘listening’ bound to the contemporary techno-culture that thrives on the economy of attention and time. The project addresses a larger curatorial question of the ‘display’ of works of sound, in context to the complex relationship between listening and contemporary communication technologies. The sensorium of the ubiquitous mobile device not only amplifies and extends our selves but also privatizes auditory space, producing a sonic intimacy that trespasses time and geographical distances. 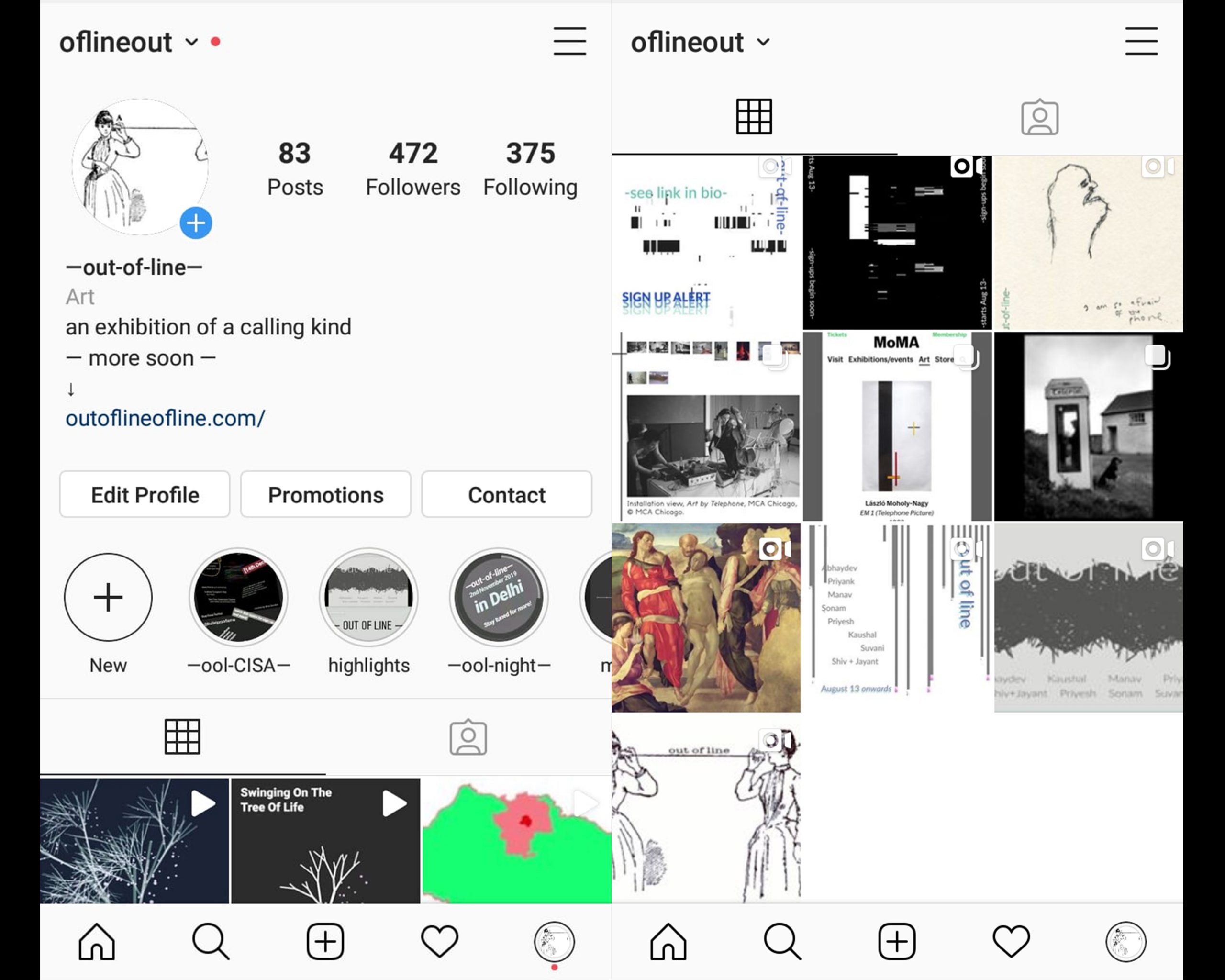 The proposition seeks to critically engage with the space of mobile telecommunications network(s), producing ideas that lead up to an exhibition trespassing geographical boundaries. The exhibition is envisioned as a temporary and liminal space that emerges and dissolves as the sound and text-based works are transmitted over the phone line.

Each of the artists will respond to and examine themes framing the politics of listening, communication technology and networks. The collection of work, thus produced, will be a part of the exhibition and create a discursive space for these ideas to get activated, thought through and further extended. We intend to also create a physical component of the show that spills out from the virtual and mobile site. Certain ideas, such as the spatial infrastructure that networks are built upon, the idea of location-specific connectivity, signal jamming, communication clampdowns etc. could be examined in a physical space, while also activating gatherings, discussions, readings, workshops and performances by the participating artists. 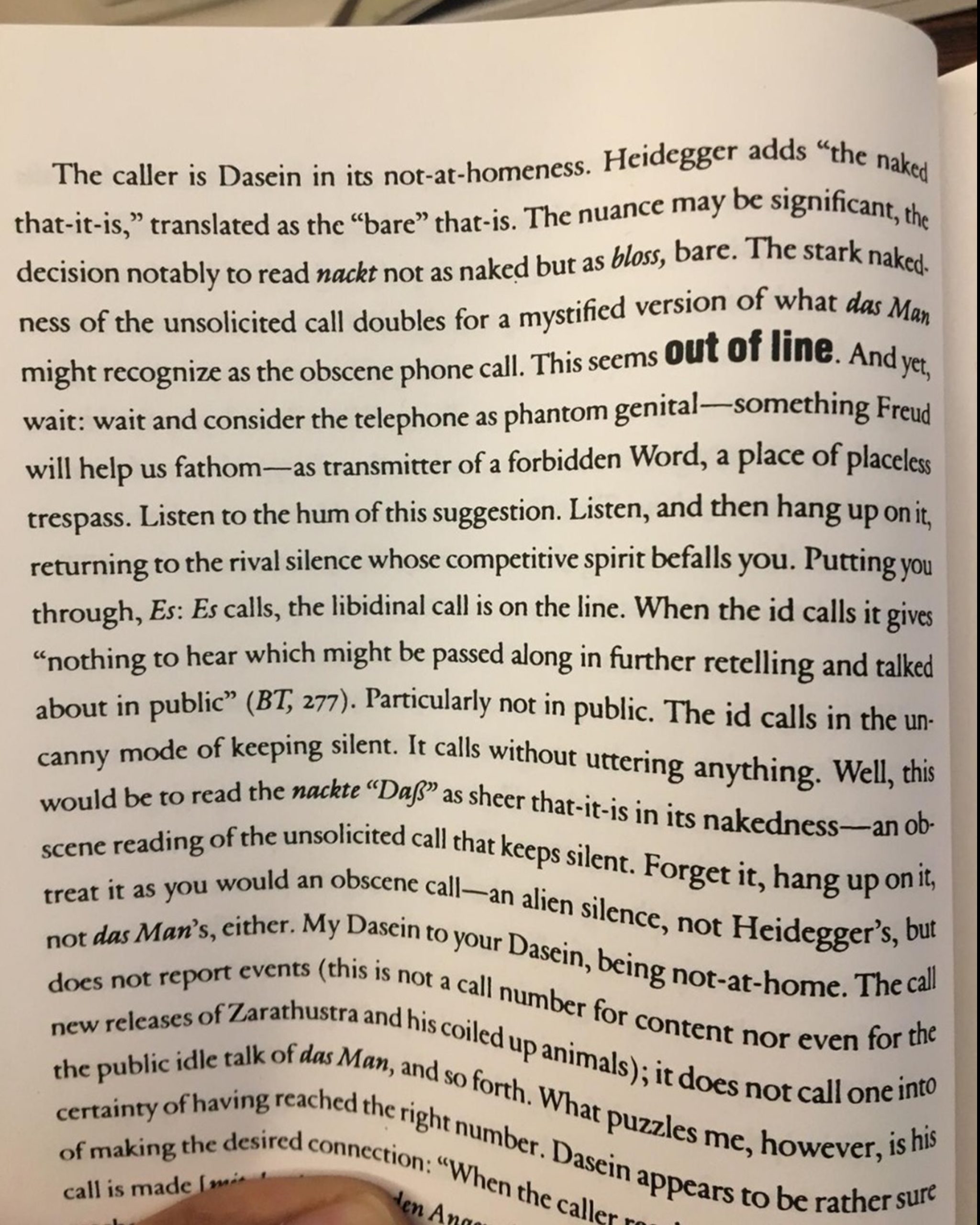 Excerpt from The Telephone Book by Avital Ronell, 2019. Excerpt that lead to the title of the show. © –out-of-line–

The project began in 2019 while embedding itself in a ​three-faceted enquiry​.

/The first grounds itself in modes of listening and transmission of works of sound/text. The intent is to examine current and historical practices around the making of exhibitions focused on sound artworks. With that, the process of thinking would be extended to reimagining alternative ways of collective and personalized listening, outside the context of conventional gallery, such that it accommodates the potential offered by new media and digital telecommunication technologies.

/The second focuses on the medium of mobile devices as a way of reaching out to audiences and inviting them to partake in artistic work, its production and experience. ​The medium of calling comes with its own set of rules, challenges, risks, limitations and strengths, which requires the artists to contemplate and adapt their processes and thought to the medium.

/Lastly, a component of the show is built on a subscription-based automated calling service to host and transmit works of sound. Automated calls are usually pre-recorded outbound calls implemented in bulk and used by service providers and companies for advertising, sales, 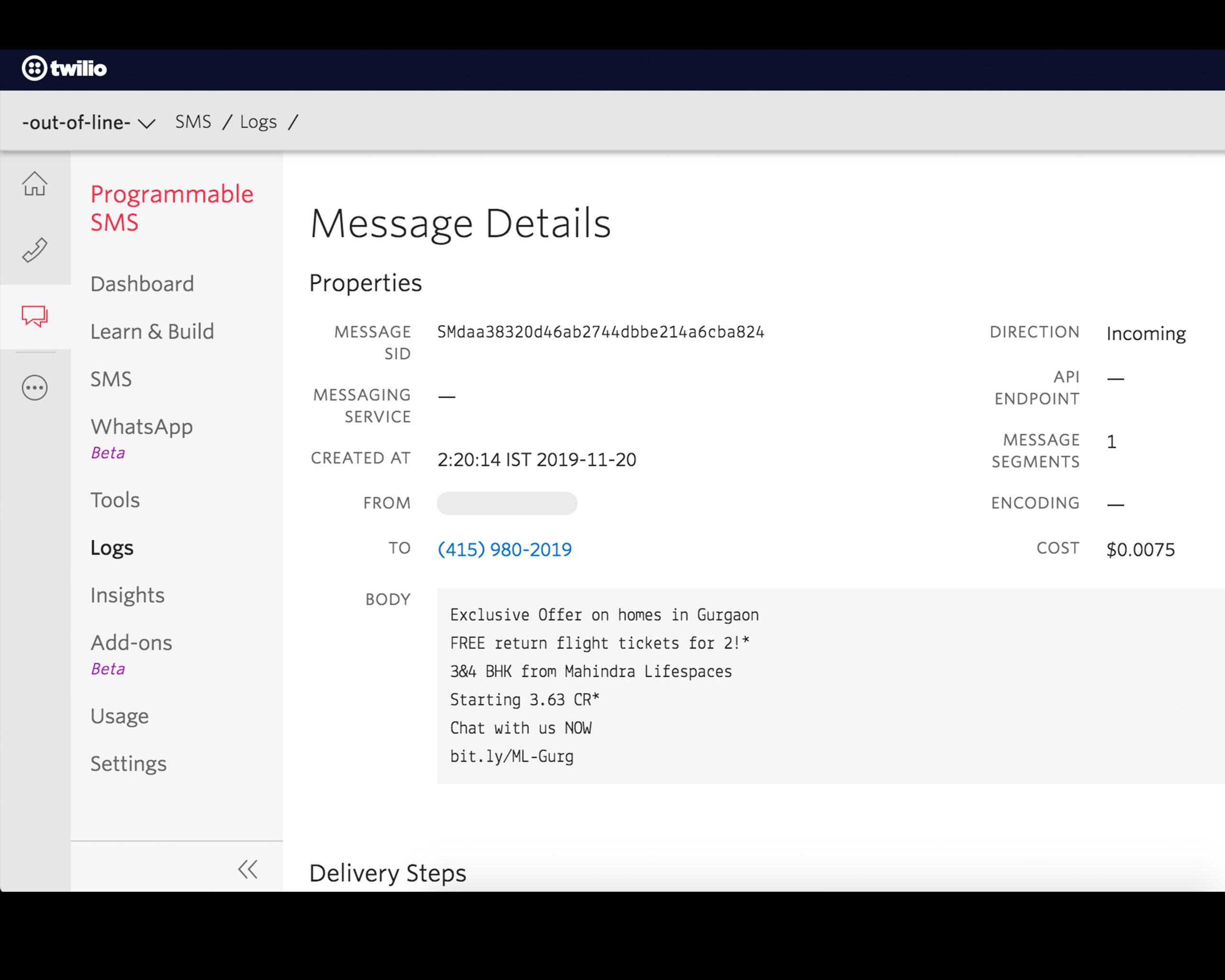 The three aspects converge on the question of listening itself, entrenched in its politics and mediated via contemporary sound technologies in a world of constant connectivity.

Over the last few months, as we moved through a pilot edition of the show, and then became part of another exhibition, we found our questions morphing to take the shape of the conflicts in 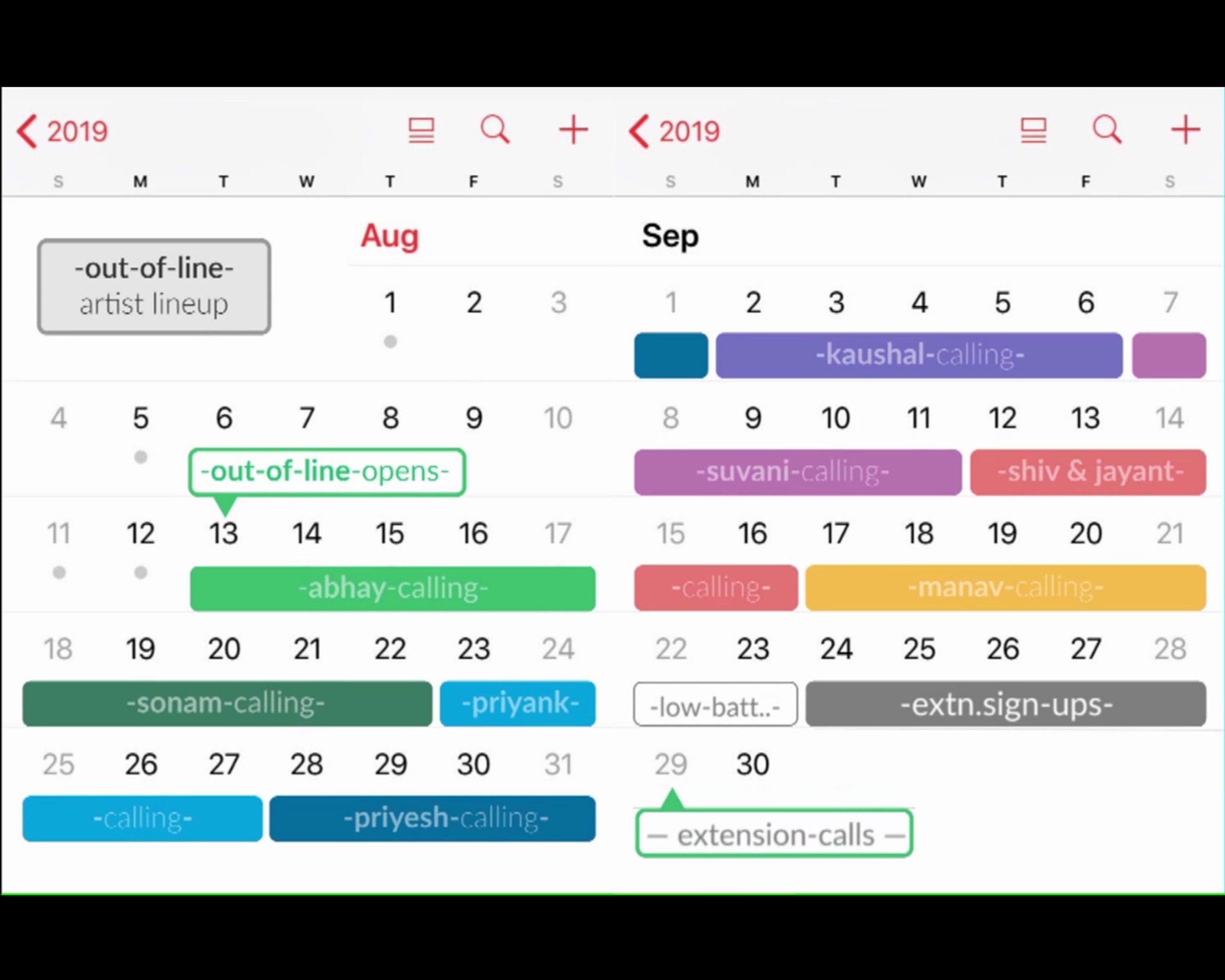 the here and now. The space of the inquiry has been opening up in the light of certain events that we found ourselves wedged in. The political turmoil we’re experiencing in India, is making us question and respond to where the project stands when we’re pushed into communication blackouts by the state. Currently, cellular and internet connection in different parts of the country has been forcibly withdrawn/ curtailed by the government, leading to fear, anxiety, isolation and confusion, as well as leading to circulation of fake news or minimal coverage from the affected areas. In such a scenario, our immediate concern shifts to the manner in which -out-of-line- operates and the role it plays. The situation has urged us in the direction of using the cellular network, wherever it is still active, as a tool to accelerate and aid the mobilization happening in response to the government’s divisive schemes under question, as well as gather opinions, inform and organize. We are in the process of building a platform through which we can circulate related information, that people can call and voice their opinions to, and open up a free and discursive space for exchange of thoughts. 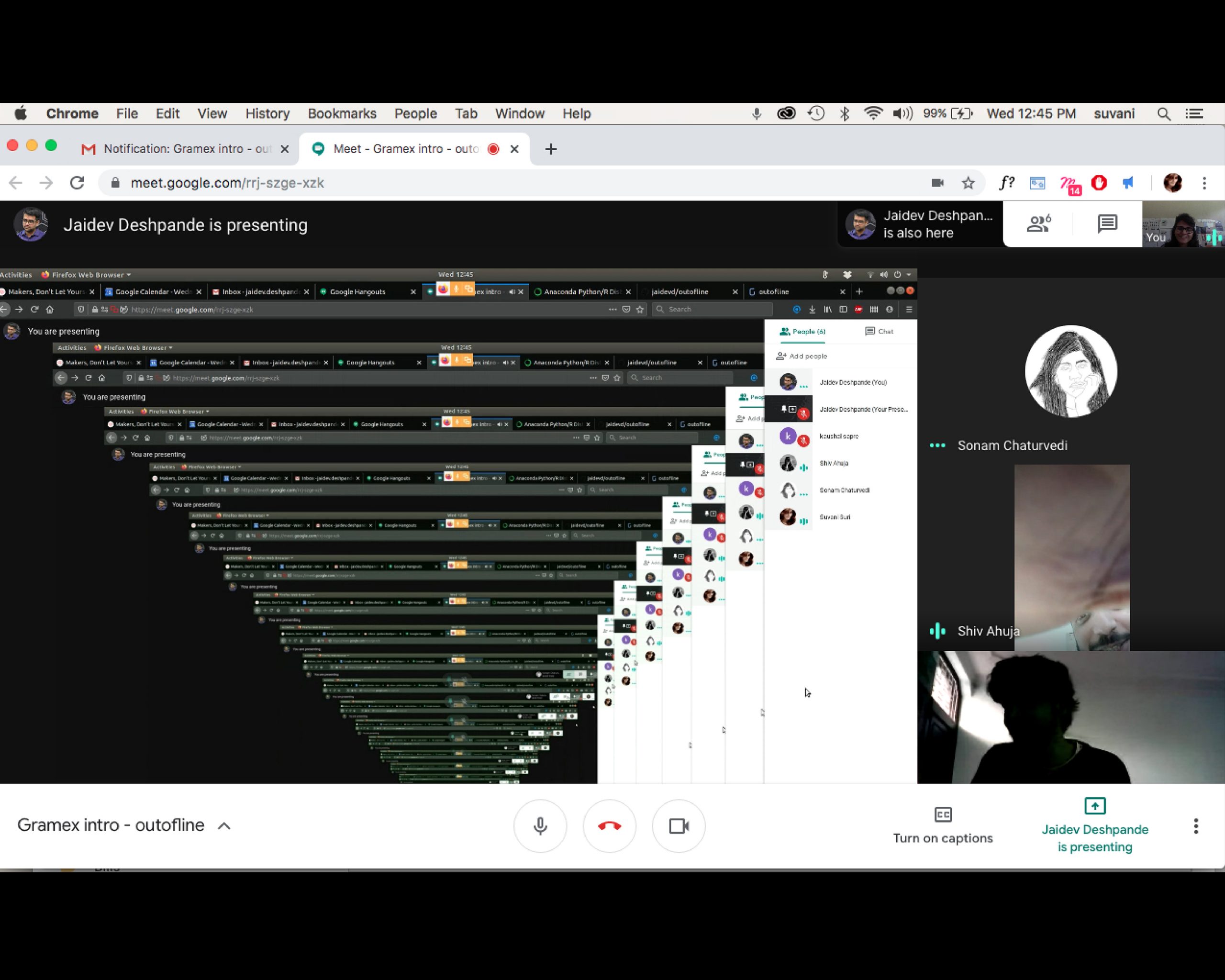 While Sonam Chaturvedi and Suvani Suri, are the instigators of the project, artists Kaushal Sapre, Shiv Ahuja along with technologist Jaidev Deshpande (all from India), have been key to its evolution and continue to be a core part of the exhibition that will be associated with Project Anywhere. A final list of participating artists will be announced soon.