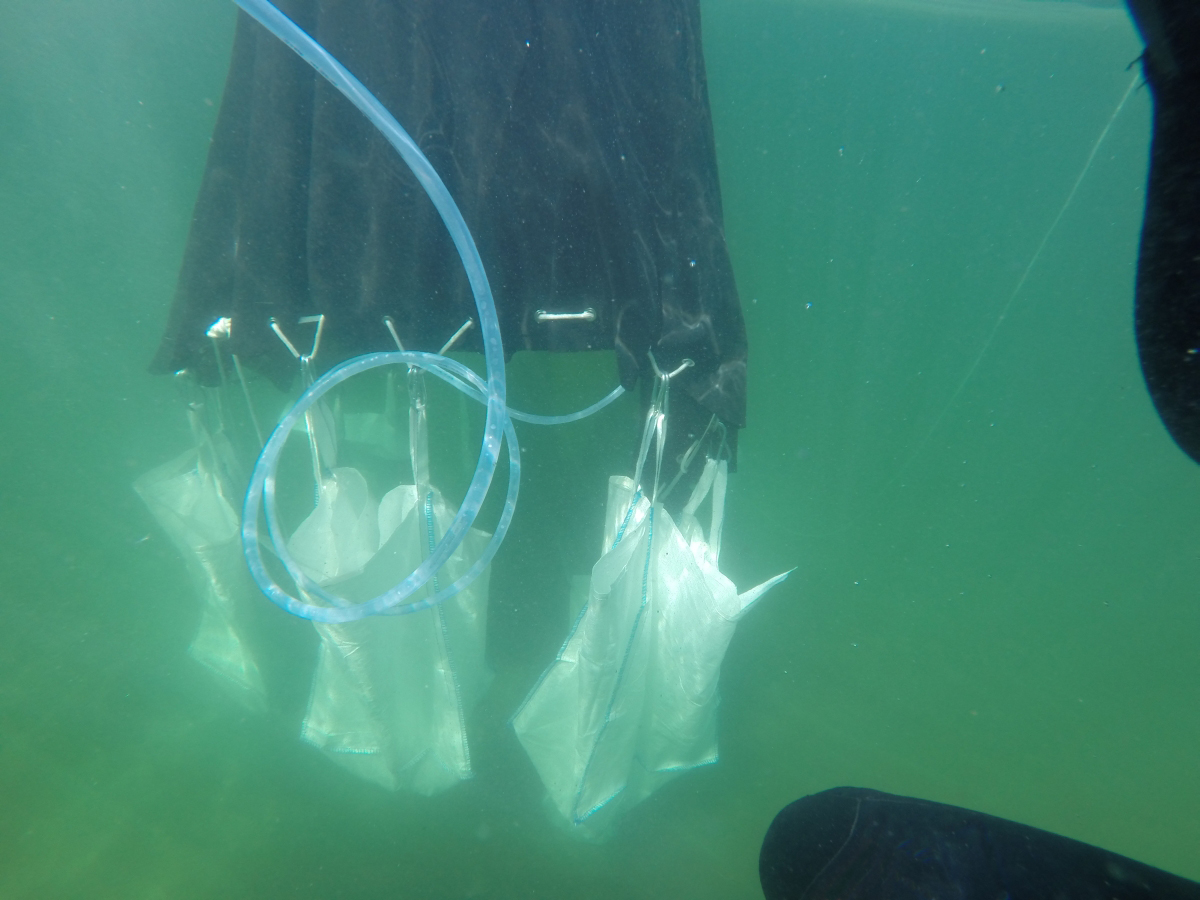 Liminal Dome builds upon ecological assessments of marine environments in order to establish new narratives of unreal entities and habitats for altered modes of existence. The only way to experience this unique underwater structure is to actually dive below the surface of the sea. Initially, Liminal Dome resembles stationary underwater habitats built in the 1950s and 1960s for investigating the deep sea and exploiting natural resources. Yet in stark contrast with a steadiness that once embodied our belief in a controllable future, Liminal Dome collapses into a tent-like refuge ready to move or vanish when the time comes. In repurposing scientific forecasts as narratives, they effectively merge with the realm of historical and mythical figures. Here, nymphs and sea gods might recast perceptions of nature as something that speaks— something that has a soul and a way of communicating with us.

After reaching Liminal Dome, the viewer/explorer climbs out of the water. The perception of environment, the dome´s space as well as that of the own body become prone to reconfiguration. As the powers of natural laws appear to weaken, a restructuring takes place that reveals the dome as birthplace of a new secretive Darwinian wet dream of survival beyond potentiality.

Liminal Dome creates a matrix in which biotechnology, eschatology and mutation might merge to form new questions. Liminal Dome engenders a thinking in which our climatic dystopian future collapses with an ancient enjoyment of the extinction of everything. Somewhere beyond the holistic dream of being at one with nature and a monstrous desire of survival, the existence of a different architecture might surface.