ELSE is an artistic residency project at the Museum of Natural History and Science (MUHNAC) of the University of Lisbon, Portugal, in partnership with Universidade Nova de Lisboa, with the research framework of the project Photo Impulse.[1]

ELSE involves the (re)configuration of images belonging to the Portuguese colonial photo albums produced by the geographic, geodetic and border delimitation missions that took place in the African continent. The images belong to the Colonial Archive of the MUHNAC recorded through the colonial scientific missions to the African continent and document the mapping of territories and delimitation of borders, showing processes, marks, and instruments of physical possession over African lands (measurements, deforestation, construction of landmarks and towers). ELSE inquires these visual practices over the territories of Mozambique, Angola, Guinea Bissau, Cape Vert and S. Tomé and Prince islands, while addressing strategies regarding the decolonisation of these documentary resources. The archived materials date from the end of the 19th century to the 1950’s. The project follows a critique of these built visual resources to map human possession over the land, while framed by new materialist perspectives concerning our more than human world. ELSE means that is not this or that, it is something ELSE (image 01). It aims to overcome a dichotomy, working performatively1 to map nomadic subjects2, as being In and with Everywhere, eLsewhere, SomewherE(ELSE). 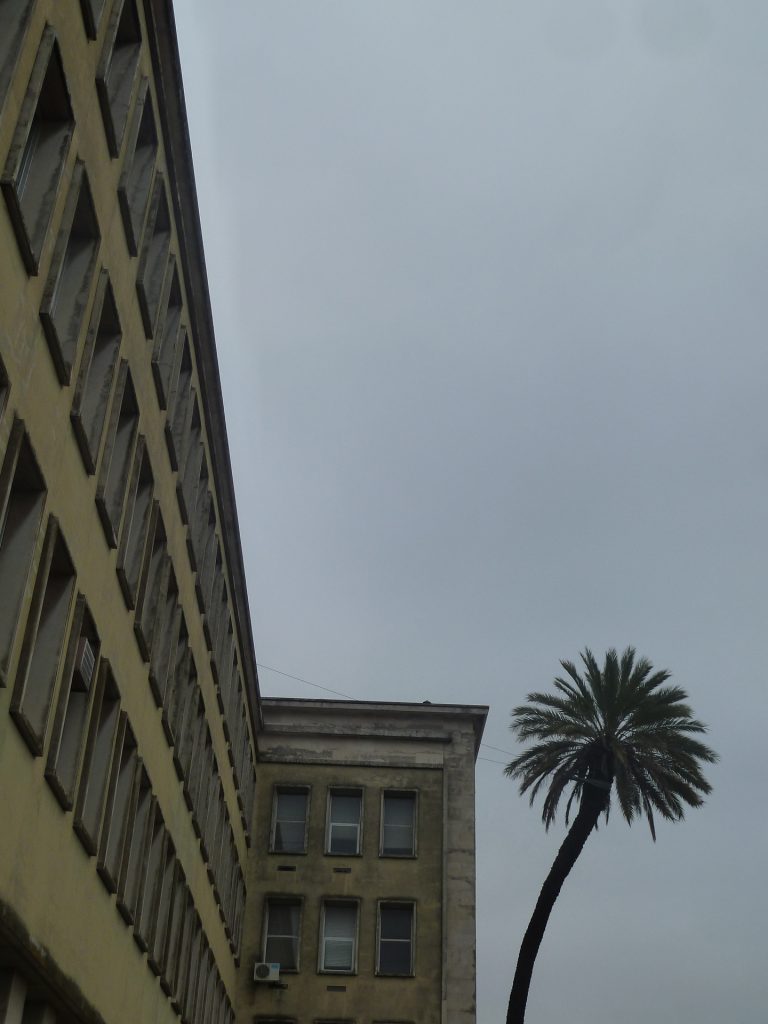 Rather something ELSE, meaning that is not this or that, 2022 Institute of Tropical Medicine, 2022, © Helena Elias

The artistic researcher is integrated in a multidisciplinary research team that investigates these power relations at the exact moment of taking the photo. Questions such how the images were used and how we can decolonize this visual legacy, are at the heart of the research, since certain relationships tend to be replicated across the many uses of images. ELSE is also generated from post-doctoral artistic research and past doctoral experiences generated from encounters with sites of knowledge and spaces of representation of  the Portuguese Colonial history.[4] These practices of research and their outcomes functioned as minor interferences for undoing granted assumptions and exhibition discourses underlined in the university museums[5], tropical botanical gardens,[6] and other sites of knowledge display and production such as the University libraries.[7]  These works have settled many entangled experiences with the museum’s artefacts and embodiments, such as traces, fluxes, and networks, rather than its type, form, and categorisation.

Many works of artists are also influential to the ELSE project as they developed methods to address the complexity of the decolonisation of knowledge, social power relations, politics, culture and history. ELSE acknowledges their importance as they adopted a critique towards the latent meanings and silenced colonial legacies, attempting to expose how discourses function in the museum exhibition displays, institutional buildings that hold a colonial past, as the many related global fluxes and stories untold or erased. ELSE is thus informed by the art working methods of Angela Ferreira,[8] Fred Wilson, Mark Dion, Claire Pentecost, Kapwani Kawanga, or Willem De Rooij, to inquire about the archived images of the Museum of Natural History and Science. ELSE is thus subsidiary of the context of exposure of the unresolved Portuguese colonial. ELSE uses the forensic mode as an investigation process to foreground untold practices and latent meanings that co-exist within a dominant narrative and discourse. Images address the future as they are as slices that cut transversely the world and embody an array of pre-existences, existences and potential post-existences, through counter-memory agential bodies. It is in this sense, why, how and for what, the forensic mode is activated in ELSE. ELSE is also interested in the methodology of reproducing elements that generate material-time-based counter-memories to inquire the image archive of MUHAC. Institutional critique of buildings, infra-structures and discourses, counter-image that enables counter-memory, forensic approach within the public sphere, are features that ELSE finds relevant to correlate with the approach that wishes to take.

ELSE ARTISTIC RESEARCH DEVELOPMENT, FRAMINGS AND BODY OF WORKS

The project intends to develop an artistic work with reflexivity departing from the colonial photo albums of the extinct Institute of Scientific Tropical Research, concerning the geographic, geodesic and border missions in the African continent. For this purpose, strategies for decolonisation of these images are proposed – questioning, dislocating, and (re)configuring a set of images chosen from provisional categories such as man, flora, fauna, territory, border. ELSE departs from reading the reports and viewing the images of the border missions to question the notion of border, its visual mark making importance for signing the ownership of a given colonial territory.

The images of MUHNAC depict landmarks, signs, and towers, in addition to scientific assistance in the mapping of territories and delimitation of borders. These visual marks and measures are portrayed as visual and symbolic marks in the territory of the then Portuguese colonial possessions and displayed against a background of a different landscape and vegetation of the European flora. At the same time, one can read how science has appropriated the environment and let it be portrayed and exhibited less rigorous and more improvised aspects to achieve its goals. (Image 02)

Nevertheless, these borders marks can be speculated as anchored in the western culture beliefs. The obelisk shapes of the geodesic marks may configure, at the first sight, a faster visual identification of a territory. But simultaneously, they may be traceable to the western obelisk cult practice and such influence within the scientific environment of the 19th  century, as Cappello describes in his paper entitled Landmarks upon landmarks.[9]

Another issue that animates ELSE is the (un)condition of a border. Borders or boundaries often have emergent properties, rather than simply staging an average of conditions on both sides of the contact zone. For plants, boundaries can include the atmosphere and the soil. Boundaries occur where the gradients of such physical environments directly affect the ecosystem processes and the distribution of organisms. They have also been defined as areas where ecological transfer rates shift abruptly compared to relatively homogeneous units on both sides of the border. Many of these images document the borders delimitations of countries, thus confronting the made artefacts for measuring and marking along with plants, soil, and sky. However, these are the same on both sides of the borders (image 03). 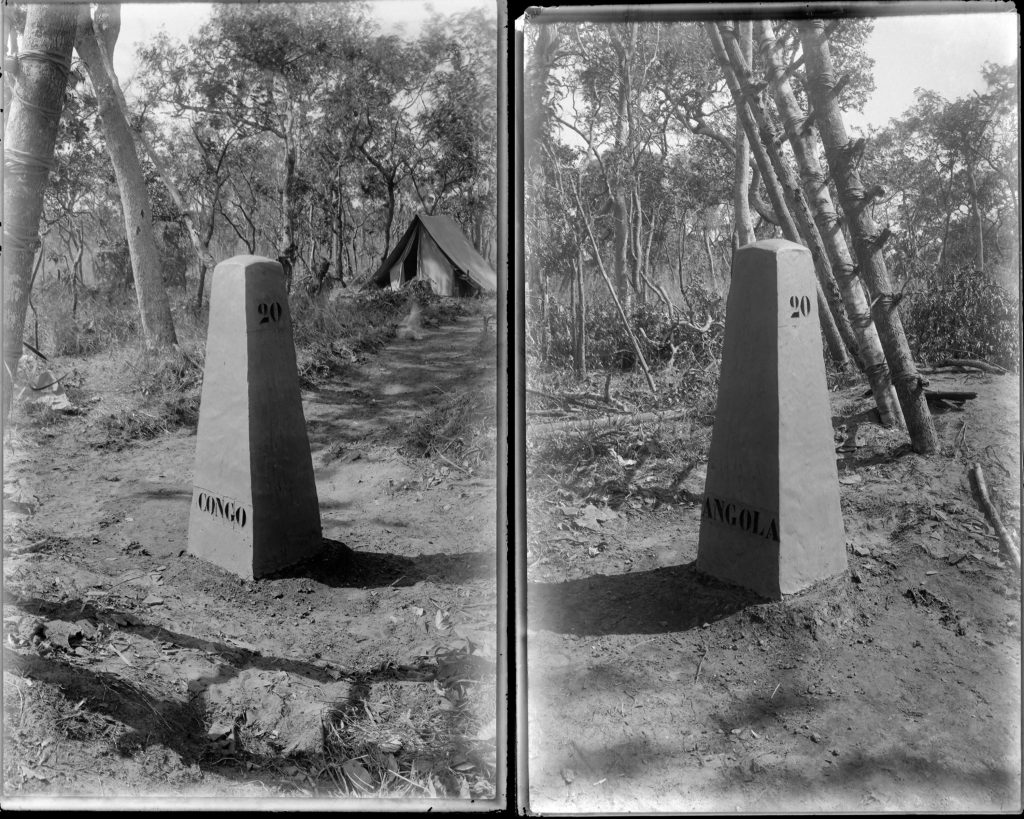 ELSE attempts, in a forensic mode, to portray the action of expanded boundaries of plants, investigating the entry, sale, buy, donation and spread of these tropical species. During the residency period, ELSE will address these visual practices, through a counter-image and ecocriticism approach: intends to materialise the portrayed landmarks and reveals, as subjects, the plant species that, along with human dislocation, portrayed in these images, present/spread /are taken between and beyond physical and visual borders, namely, their journey and history to the tropical botanical garden. In line with Ingold[10] and Latour,[11] artifacts are intertwined with a mesh of traces and fluxes, tied to many agents that might not be only human centred.

Thus, ELSE is proposed as an exercise on the concept of visual markings and borders, inquiring about their human and more than human practices.The artistic residency project foresees a body of visual works of art that sustain the artist’s reflexive practice and inquiry, thus adding a surplus of entanglements to these colonial images archives to (re)configure them.[12] ELSE artistic research wishes to develop minor disturbances concerning the complex “materialdiscursive” process[13] that imbricates agencies of object, possessions, commemorations, land, property, that also comprise a University Museum. Indeed, Europe has several university museums that store collections from other continents that stand for the manifestations of European scientific culture and knowledge transmitted across centuries. As Latour stated, things are not only created or configured by humans; things themselves participate in the formation of human beings. Many students and researchers had contact, absorbed, and learned these collections. Europe has thus an uncomfortable legacy in hands: a compilation of western desire of nation-states to possess the exotic and otherness, where science, supposed to act neutrally, has, nevertheless, been assembled as a framework of colonial power, history, religion, and economic drives. These dimensions were embedded within scientific discourses and have mould such European collections. By returning to spaces that have embraced the humboldtian model of the University where science was seen as the knowledge keeper of the world, ELSE offers artistic research to re-think and unpack this archived material. This is an opportunity to de-territorialize knowledge[14] as well contributing to repositioning the research culture within academia.

A body of works of art are envisaged to address the complexity of these images, unpacking possible openings and new meanings: 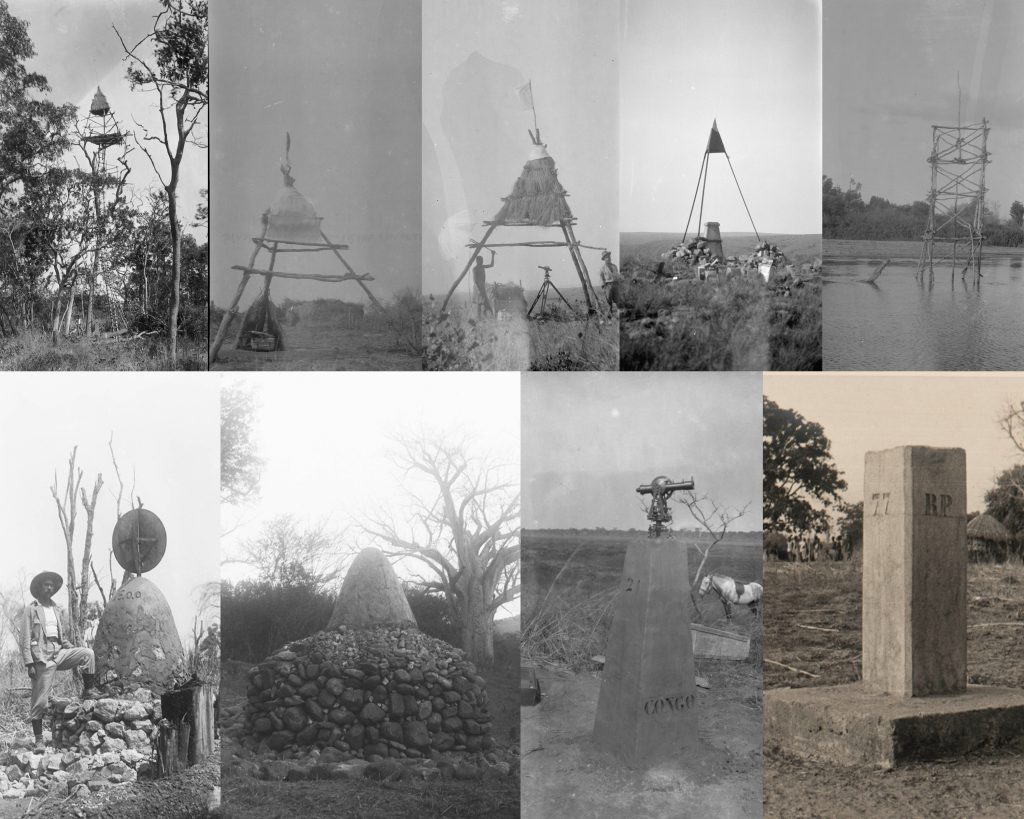 Helena Elias is Visual Artist, Artistic Researcher and Assistant Professor at the Sculpture Department of the Faculty of Fine Arts of Lisbon. Helena develops her artistic practice in connection with her other professional activities. She holds a PhD thesis on the subject of the censorship and constraints performed over the public art production and urban environment by the Portuguese Fascist dictatorship (1933-1974). She is interested in relating her previous research with her current art practice of inquiring. Throughout processes of (dis)location and (re)configuration, she draws attention to participatory agencies performed between human and non-human agents and where multisensorial perception is called into action. Helena is currently an artistic researcher of the project Photographic Impulse: Measuring the colonies and their Bodies and artist in residence of the Creative Europe project PTM, Decolonize Education through Art, where she investigates the notion of borders, boundaries, territories and frontiers between humans and non-humans.

She is the project leader of ARcTic South, an EEA Grants project held in partnership with Oslo Academy of Arts, Norway, accessed January 5th, 2022: https://www.belasartes.ulisboa.pt/en/arcticsouth/

[1] Concept of performativity as Annete Arlander addresses in her work From interaction to intra-action in performing landscape, NODE: “NEW FEMINIST MATERIALISM: ENGENDERING AN ETHIC-ONTO-EPISTEMOLOGICAL METHODOLOGY”

[5] What is in a Line? artistic residency and exhibition at the IST Science Engineering Museum of University of Lisbon, accessed January, 6th, 2022: https://tecnico.ulisboa.pt/en/events/inauguration-of-the-exhibition-desenho-tecnico-no-tecnico-1911-2018/

[7] The Book of Symptoms, exhibition at the library of the Faculty of Science and Technology of Uni Nova of Lisbon, accessed January, 6th , 2022: http://bibliotecaunl.blogspot.com/2020/01/exposicao-livro-dos-sintomas.html

[8] Angela Ferreira, The artistic discourse as a dispositive of innovation of the post post-colonialism, PhD Thesis Fine Arts (Sculpture) 2016, Faculty of Fine Arts, University of Lisbon