Open Mountain: Aspect Ratio is an experimental moving image creation project. This project brings together ten young Colombian artists who address the notion of revolution transhistorical, around the premise of recreation/reenactment. It proposes as a starting point the exploration of a specific historical moment: the revolution of the first guerrilla in Latin America that took place in the municipality of Líbano (Tolima), in southern Colombia, in 1929. An event that did not have great repercussions in the official history of the Colombian armed conflict, but that continues to appear as an echo since then.

With this idea in mind, the project is a space for research and collective creation that asks about the images of the attempts at revolution and resistance in Colombia, which pass through us from a past that we do not live as a generation, but which appears as the reason for our present and that has shaped the multiple futures that emerged from these movements. Open Mountain seeks to address historical social conflicts, through micro- stories that are always part of a larger picture, using audiovisual media as a form of artistic research that explores the past to question the present. 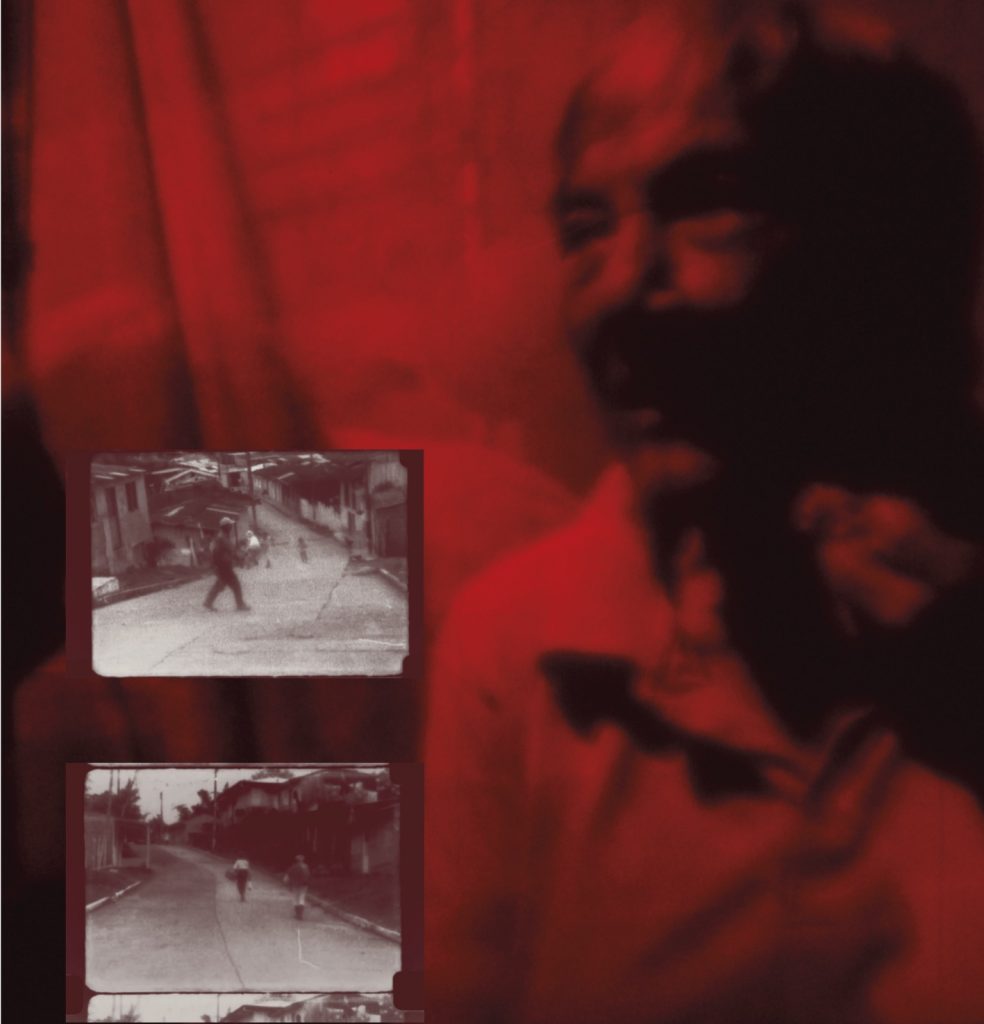 Open mountain: Aspect ratio exposes, from the vision and cinematographic practices of artists who inhabit Bogotá (Colombia) but who come from different regions of Colombia, the remnants, and reframing of the transgenerational confrontation with the ideas and images of the revolution and of the conflict; It is asked about aspects and resolutions, about types of representation and levels of identification with the actors in the conflict, with the military, the insurgency and social leaders, who question the use of the media and the spectacularizing of violence. The project research and explores the frontiers of a new aesthetic framing of war in the urban, and in the rural, in its origin and its purpose, in the digital and in the analogue. Consequently, it is asked about the instrumentalization of memory in the artistic field and in the territory of culture, assuming that they are in an expanded field of this battle for the narratives of the conflict and defend the possibility of approaching them from a critical experience that confronts the information officers. The history of the conflict in Colombia has always been in danger of being recorded from a single voice, which has erased, nullified, and limited the scope and multiple layers of narration and perception of those who have lived in this country. All of us in Colombia have something to talk about this, work that has yet to be done, and that the project proposes to do continuously. 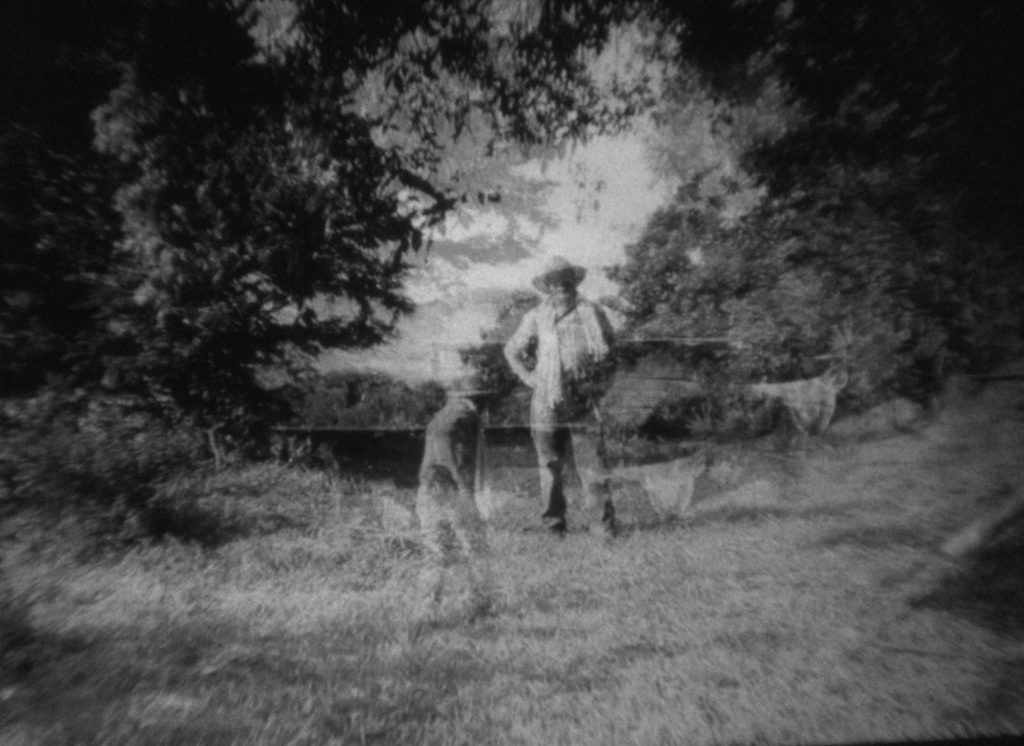 In this project, each creative process claims to think the archive, historical memory, and territory in current essays of recomposition of meaning, where the documentary and the experimental are intertwined as a strategy for the articulation of narratives, official, non- official and affective, in reflections on the moving image and the events linked to the historicity of national conflicts. Open mountain: Aspect ratio refers us, not only to the cinematographic media and their formats but also to what is within the frame and what is outside: what is within an official narrative and the stories that are out of the story — out of the field.

The project is made up of meetings that we carry out during 2020. “The Red Package” is a meeting methodology during the pandemic through film correspondence. The book PLANOS, MONTE Y MONTAJE published by La Vulcanizadora & Cajón de Sastre. The expanded film and performance work is titled NO HAY MONTE SIN SOL. The seminar-type meeting “Expanded Conversations” was held in partnership with the Centro de Memoria Paz y Reconciliación in Bogotá; and the homonymous exhibition of the Open mountain: Aspect Ratio held at the Santa Fe Gallery (Bogotá).

This project is produced and carried out by La Vulcanizadora, a creation laboratory in contemporary art, cinema, and expanded theater based in Colombia. La Vulcanizadora is co-directed by the artists and filmmakers María Rojas Arias & Andrés Jurado. For Open Mountain: Aspect Ratio they invited a group of eight artists who are collaborators in the different results of the project. 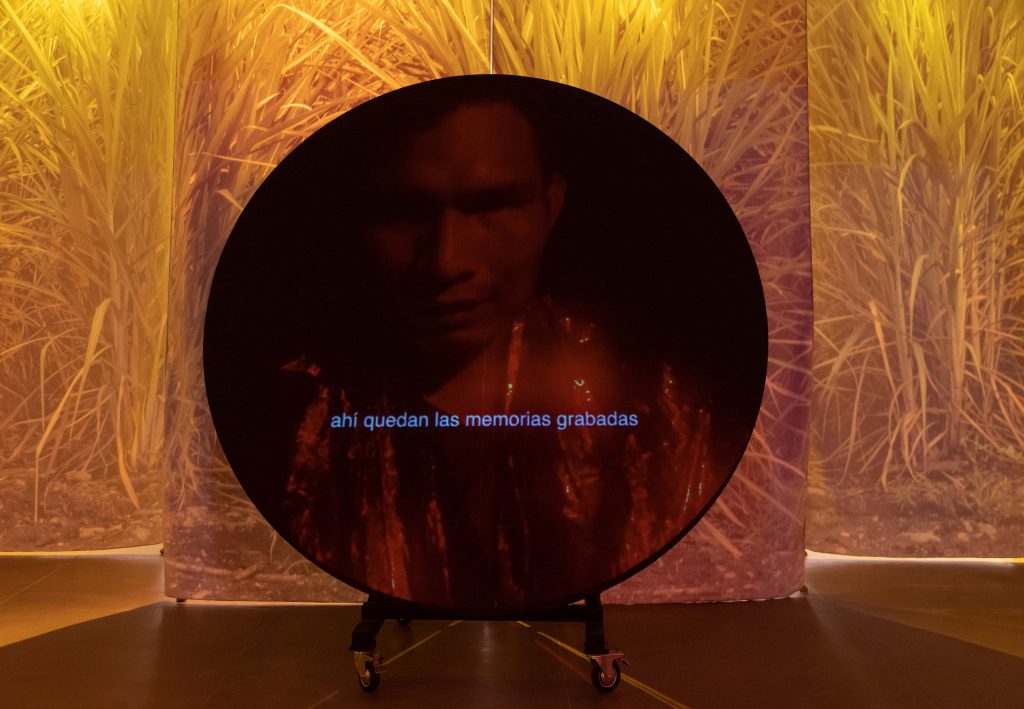 Yarokamena (2022) film directed by Andrés Jurado.
The installation was presented in the exhibition Open mountain: Aspect ratio at the Santa Fe Gallery. Photography by Laura Imery.

In the film ABRIR MONTE