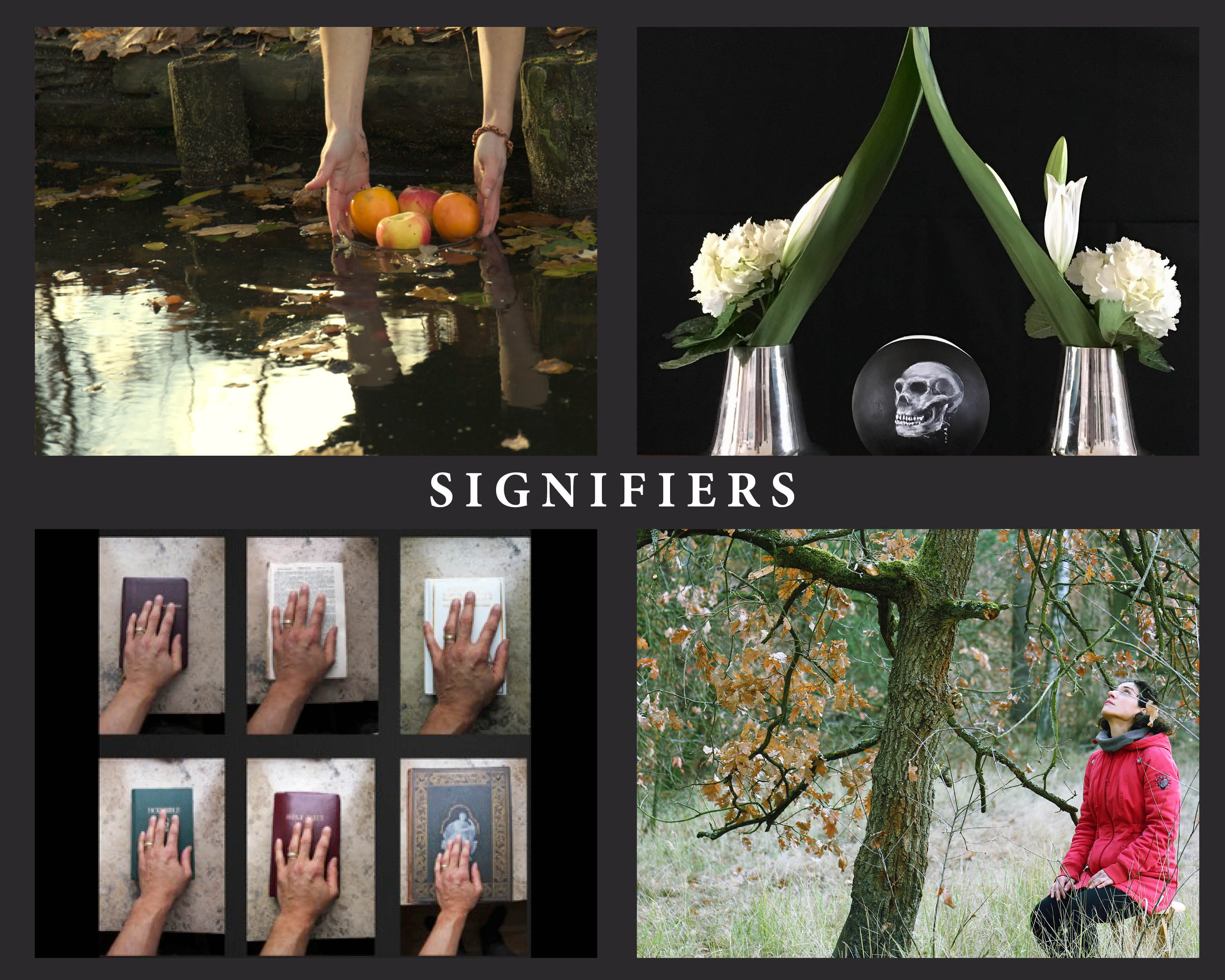 Alvin McIntyre has often appropriated elements of religion in his work, retelling and reshaping mythologies and rituals to create new perspectives.  Similarly, Aurora Del Rio developed the Offer—a theme which also bears elements of the “sacred”.  Consequently, we have collectively resolved to focus on rituals disembodied from religious and traditional forms in order to convey knowledge which can be highlighted in a new context.

A ritual can be described as “an established or prescribed procedure for a religious or other rite; the established form of a ceremony”, but also as “an act or a series of acts regularly repeated in a set precise manner” (Merriam Webster Dictionary)

This above definition resonates with our process and “structure” in the acts we create on video, at the very least as a starting point.  The interest we have in exploring the concept of ritual converges in a way that we intend, as a place of potential for change (rites of passage), as well as a potential of growth (new knowledge).  Rituals, as part of the religious practice, contribute to establish that “highly specific form of power with the object of conducting men”, as Foucault[1] wrote describing the pastorate.  We aim to push the form of ritual until it transcends that part which is tied to any form of power constructs.

IDEAS ON POWER, FAILURE, AND THE OFFER

One definition of power from the Oxford dictionary is that of “ability or capacity to do something or act in a particular way”.  It defines a quality we can acquire if we don’t already possess it.  But the process of acquiring comports a state which is lost in the exact moment another state is being obtained.

This “state-at-a-loss” can be exemplified by everything connected to the condition of un-possessing a skill, an ability or a specific knowledge. We identify this passage with the term “liminality”: from its original meaning of threshold, the term was first used in anthropology to define rites of passage, or the passage itself from one state to another, as well as the quality of the process itself.

Foucault described the act of challenging power in his lectures at Collège de France[1] with the term of “counter-conducts”.  Within this term he describes a way of thinking otherwise, or differently from the power of the norm.  Describing the ascetic movements as a form of counter-conduct in response to the pastorate’s authority, he highlights their fundamental character of “self-mastery that denies access to an external power” (Foucault, 1978).  Assuming then that reality is primarily constituted by a system of thoughts and that the perception of physical and mental space plays a huge role in generating a system of reality, we are interested in the capacity of art practice to embody different forms of counter-conducts in order to generate a space for reflection, awareness, attention and resistance from those forms of power which generate oppression.

Recently we started to reflect on the idea of failure—considering it as a form of “counter-conduct”. Here, failure is understood as a counter to modern myth of hyper-productivity, success, and definition. Accordingly, we work on rituals, which “fail” to be so.  We aim to use art practice and research as a form of resistance, to create embodied culture.

The concept giving is that of an unrequited gift, addressed to nothing, with no purpose and no result.  The offer is our being here.  It is the gift coming without being asked for.  The movement of relinquishing, the letting go, the allowing, the not holding, the movement which is accomplished against every sense, appearance of useless movements that inform. It is the surplus, which becomes known through the uselessness of the making.  It is the making itself, when deprived of its own nature, yet still existing.  It is, and in this being it is only in a negative form, of impossibility of functioning, impossibility of definition.  The offer is the movement addressed towards nothing and with no possible outcome, except to evoke the knowledge we all have.

EXAMPLES OF RITUAL IN OUR RESPECTIVE WORK, AND THEIR CONVERGING ELEMENTS

In Catholic Wedding Kiss (McIntyre), the simple ritual of the kiss is used to highlight the singular moment of commitment and sacrifice (committing to a union, taking on new responsibilities, relinquishing a prior lifestyle).  The Kiss, enacted as a transformative, and definitive offering of self, symbolizing a social and legal contract.  The act of the kiss itself, in the video, is underlined and emphasized by subtracting virtually all other elements that would normally embellish the occasion; clothing, architecture, and sound are purposefully negated from the imagery in order to highlight the central act of the Kiss.  The political implication of two men kissing evokes questions of gender, sexuality (though the kiss in itself is non-sexual, it nevertheless can, and does evoke a wide range of responses related to sexual assumptions), and human diversity.  In this video the (hidden, but not absent) historical Catholic same sex unions as illustrated in Bosell’s Same-Sex Unions in Premodern Europe [2], connects past and present to depict the power of simple gestures.

In the video “#4 (symptoms)”https://vimeo.com/300121760 (Del Rio), the inner, and the outer are projected simultaneously, with hands that are awash in blood and light.  Blood, a universal symbol used in rituals of sacrificial offerings, magic, and rites of passage.  In this work we see it used as an offer of potential.  The light and the blood seemingly disparate, are actually both life giving forces, captured in fleeting moments but never able to pinpoint the exact “location” of their life-giving force.  This imagery transcends cultural parameters, as Joseph Campbell establishes in The Power of Myth [3] blood unites us all”.  Blood, long seen a key offering in rituals even prior to recorded history, is deeply embedded in the collective human psyche as intersecting points of life and death.  Del Rio accesses the visceral responses to blood that are inherent to the human experience.

In these two examples, Catholic Wedding Kiss (video, Alvin McIntyre), and “#4 (symptoms)” (video, Aurora Del Rio), we both are using universal symbols that are deeply embedded in the human psyche.  It is in this kind of imagery in which we aim to “evoke the knowledge we all have”.  This is not “knowledge” of learned ideas, or of practiced techniques.  It is a knowledge embedded in the human experience.  Also, the knowledge evoked is singular, that is, the knowledge will be as unique as the individual observing, and reacting to it, all while being tethered to the common thread the human experience of blood, or the act of a kiss, for example.  Because of inherent human experience of the aforementioned imagery, this is not intended as merely a voyeuristic passive exercise, it is meant relate to experiences of each individual, therefore releasing, bringing to the forefront, the embedded emotions, sensations and reactions related to the imagery presented.

“Offer to Place” (Del Rio) is a sound installation realized in the abandoned swimming pool of the former elementary school of NIAV, Nishiaizu International Art Village, Japan, 2018. Four speakers are installed in the swimming pool, oriented towards the center of the space.  The sound is experienced from outside of the enclosed area.  The swimming pool belonged to the former elementary school, now abandoned for lack of students.  Soundscapes recorded in a German swimming pool, in Kyoto’s river and in different location of the mountains of Trentino (Italy) are offered to the standing water of the pool.  The voice of an old woman, professional singer of traditional Japanese poetry-songs is offered along.  These songs talk about mountains.  This work as with all of the work exemplifies the spirit of Project Anywhere’s objective of letting work inhabit a space, and indeed using a particular space to “complete” the work proposed, integrating art and space so that the project becomes greater than the sum of the parts.

In our work with ritual, it is our intention to maintain a language of primal symbolisms.  The gestures, symbols and objects we use, are employed in a way that is separated from specific religions and other cultural traditions that use ritualistic forms.

It is in this way that our work converged and continues to evolve; our use of ritual to convey an idea, an emotion, which in turn creates a new experience; from the new experience knowledge is gained.  A question may arise as to how the “new knowledge is evoked” since what we are attempting to access embedded in a primordial form.  The simple answer is that even as our bodies, and unexamined memories lay dormant or hidden, they can be awakened and access through the process and imagery that we propose in our work.  In the process of awakening, re-examining, and confronting the “old” embedded knowledge mentioned above, a new perspective is indeed offered, allowing for new conclusions to prior expectations, beliefs, and experiences.

Hypothesis: New knowledge can be achieved by combining universal symbols within a work of art, combined with the prior knowledge of the observer, so that new information, a new perspective, is created within the observer.

Audience: To whom is our work directed?  We have agreed on addressing the matter of not looking to a particular culture or tradition but thinking of humanity in its wider form.  Our intention is to avoid using overtly recognizable traditions; instead our recreated rituals will be narrowed down to universal gestures that transcend cultural/religious practice, to focus on a more primal human experience.

The work we propose is video based; up to 3 segments of video ranging from 5 to 10 minutes long, played in a continuous loop.  As part of the research for the work we will borrow, appropriate, and invent rituals to transform and transcend unspoken language of symbols and rituals into knowledge.

Our collaborative intention is to re-enact, or create rituals to offer, to transform, to lose, to find.  Signifiers (as project title) may evoke idea of Saussurerian semiotics[4], however, the primary goal is not to delve into dense intellectualism, but rather, to allow for a more visceral, physical response to what is observed in the work.  In rituals the signifier and signified find their place naturally, as if caught in the exact moment before the intellect has a chance to intervene; hence therefore, the fleeting epiphany may be brief.  It is, nevertheless, enough for our purposes in evoking knowledge from within.  The impact of physical information, derived from internal sensations, and reactions to what is observed in our work is what allows knowledge to emerge prior to intellectual analysis.

The knowledge is in the physical reaction to the primal gesture(s) enacted in the rituals, already known, to some extent, but not readily recognized, remembered like the rapidly vanishing details of a dream.  Research in cognition has shown that gestures, whether done by the individual, or observed, promotes understanding:

“…We [Kang&Tversky] examine the role of conceptually congruent gestures in deepening understanding of dynamic systems…We found that seeing gestures representing actions enhanced understanding of the dynamics of a complex system as revealed in invented language, gestures and visual explanations.” (Kang & Tversky, 2016)[5]

This is the understanding, the knowledge, we wish to access.  The idea behind the work with Signifiers is to create new knowledge, but “new” only in that it has not been accessed, still unrecognized as knowledge that already exists within.  The ritual is the trigger for access to this knowledge, the gesture that connects to the unspoken primal knowledge in each of us.  We identify with the statement of the following quote:

In the context of our work, however, knowledge is understood as an “authority” of individual experience, and as such it not intended to be imposed as a same “truth” for everyone beyond the observe (although others may relate in common ways, the knowledge acquired is individualistically circumscribed). 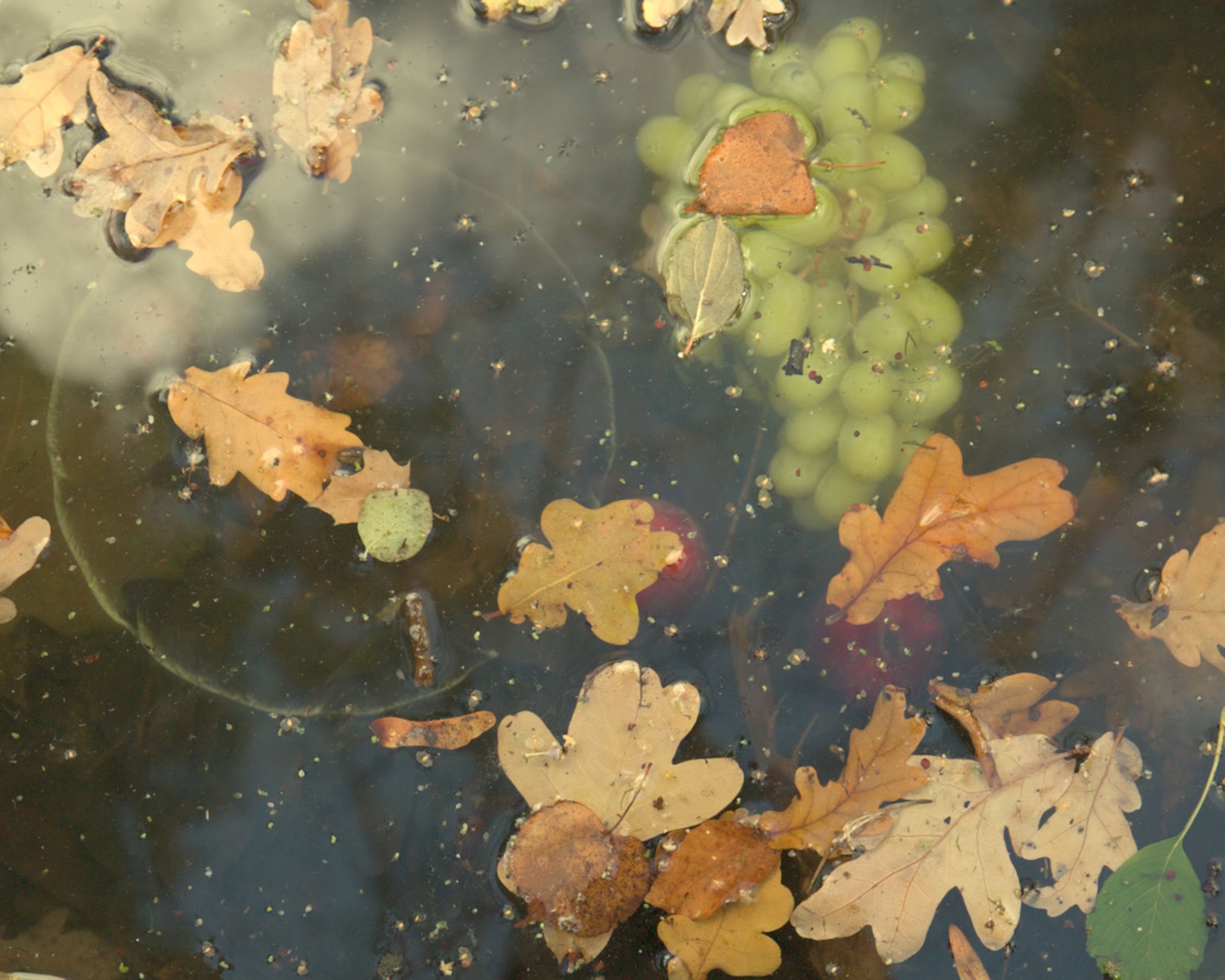 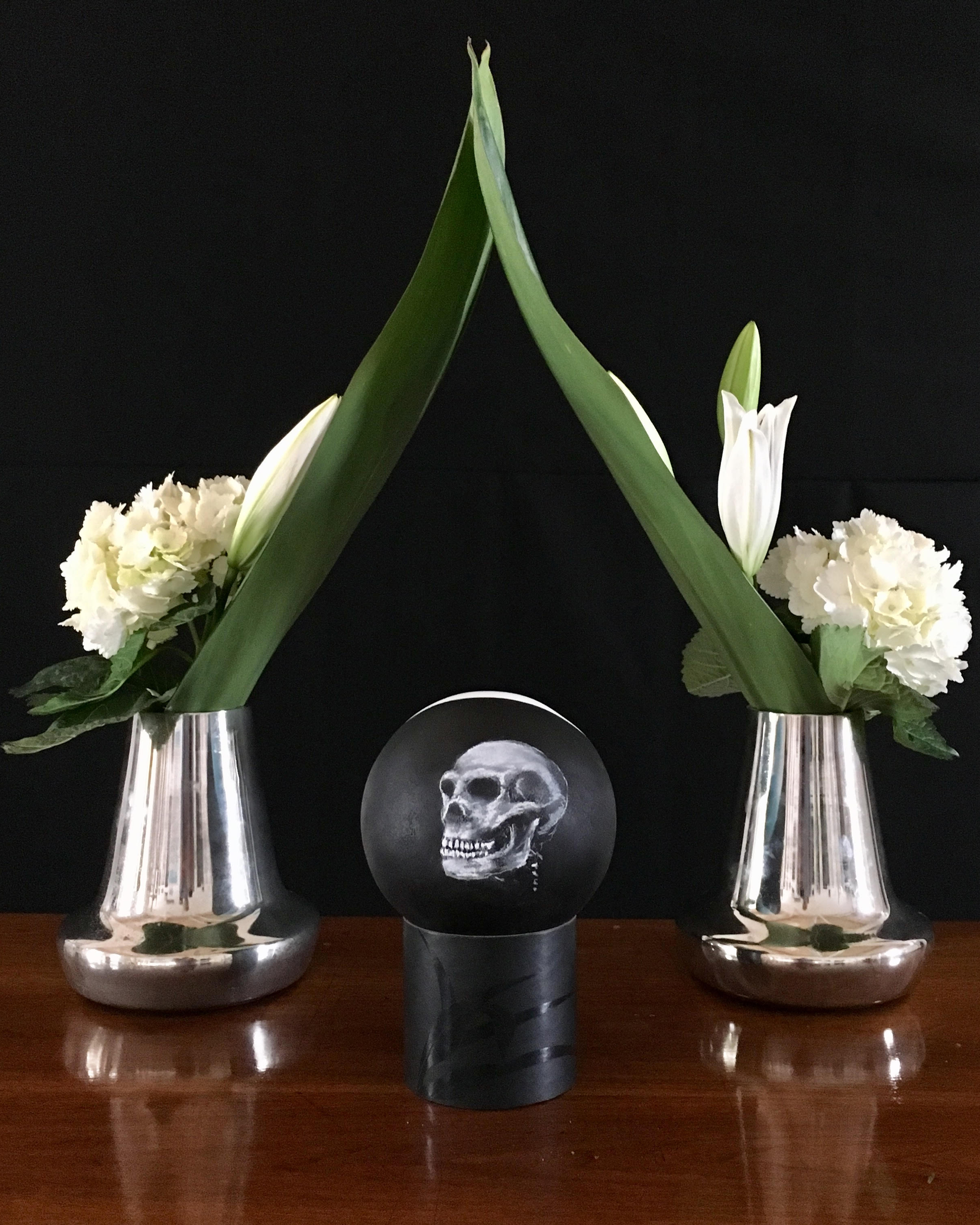 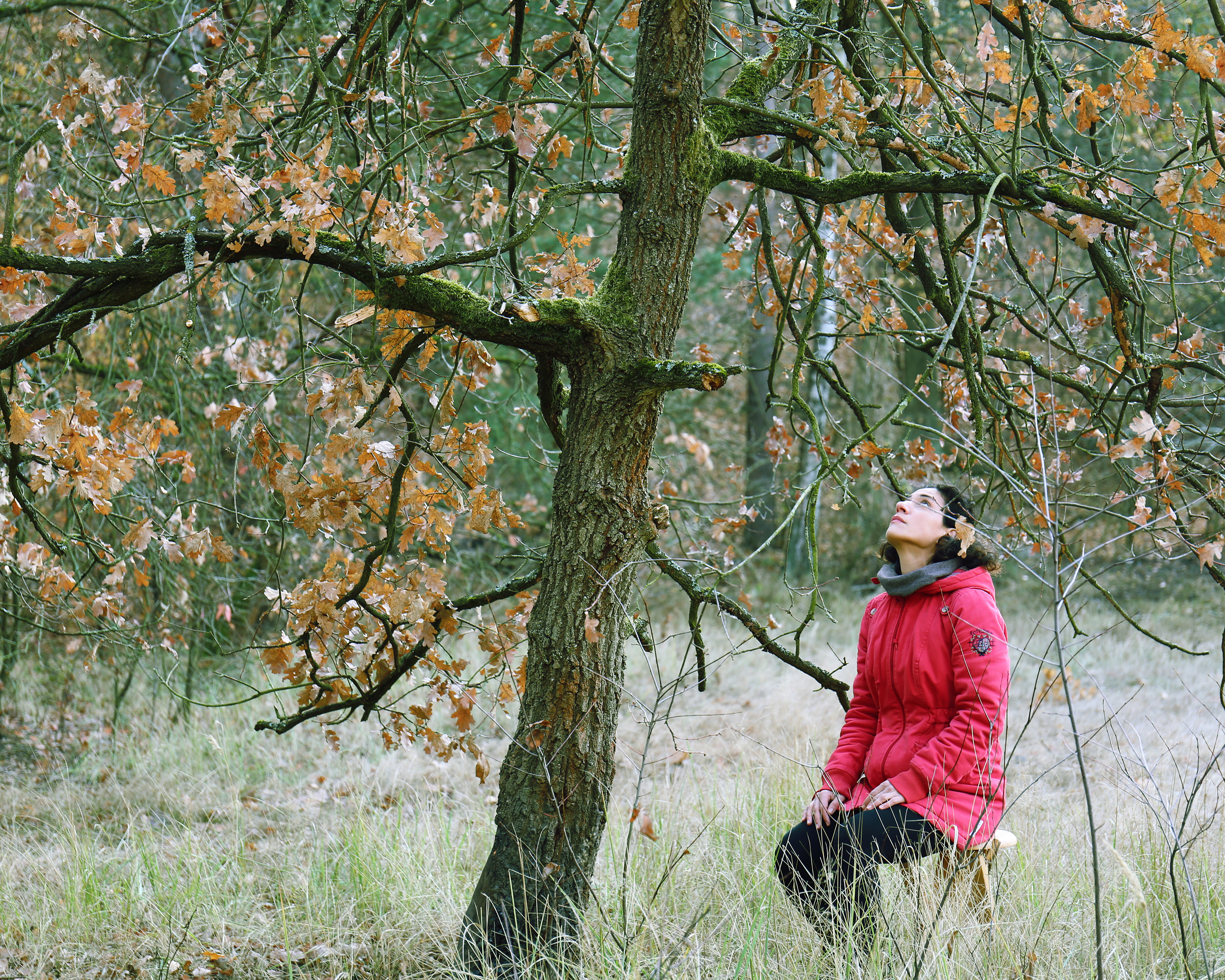 [4] Concept developed by Ferdinand de Saussure where the sign relation is dyadic, meaning that it consists only of a form of the sign (the signifier) and its meaning (the signified).