We are in a climate emergency. By 2030 the IPCC reports that the planet will warm by 1.5 degrees Celsius, which would significantly impact the Earth’s fundamental ecosystems.[1] Despite this imminent threat, like many true wicked problems, there is no definite formulation and ultimately no stopping rules.[2] Any attempt to place boundaries on the problem becomes futile, since solutions developed will not be able to address a binary true or false, good or bad. Climate change has become politicized and entangled with other global problems, further exacerbating its effects and shortening the timeline to combat global disaster.

An Ecological Oracle is a project that sits within this existing, inescapable backdrop and is an effort to turn a gallery, public space and/or venue into a microcosm of the social dynamics at play in light of our impending climate catastrophe. This systems-oriented installation engages participants in game-like dynamics wherein they need to self-organize throughout the course of an exhibition in order to maintain the dynamic equilibrium of the system. Will a participant’s sense of individual responsibility supersede their concern for future generations? The experience is meant to conjure and jumble feelings of ambivalence, morality, guilt and camaraderie.

The work hinges on a sculptural component consisting of two beakers that serves as a metaphor for the levels of ice on the planet. The beaker on the left contains 600ml of water, representing the available water supply on the planet (R for ‘reservoir’). The beaker on the right starts empty and represents the glacial melt (M for ‘melt). Nested within M is a beaker of 150ml red-dyed water, which represents the tipping point of climate change (T for ‘tipping point’). A peristaltic pump exists in between the two beakers with silicon tubing that will transfer water from one beaker to another based on the social dynamics of the spatial environment.

As participants enter the space, the system monitors the number of individuals in the installation’s vicinity, serving as a proxy for urbanization. Similarly, the system monitors total audible volume input from participants, serving as a proxy for noise pollution. Both of these inputs will be calibrated at the start of the exhibition such that deviations from the current state will impact the system accordingly. As urbanization and noise pollution values captured by the system exceed the calibrated limits, water will flow from R to M accordingly. On the contrary, as urbanization and noise pollution measures fall below the threshold, water will flow from M to R accordingly. The rate and amount of flow will correspond to the magnitude of deviations. Once the volume of water in M exceeds the threshold level (roughly 450ml), the installation reaches its tipping point and enters a new, undesirable regime shift. The contents of T now mix with the contents of M. As a result, any collective effort by participants in the space to combat the effects of climate change is thwarted. Participants have now reached the point-of-no-return, and attempts to move the contents of M back into R will never be quite the same.

A multimedia visualization accompanies the physical component of the installation. On the left side of the visualization, participants are able to view a video of the blue marble (planet Earth) in its original footage. The data presented shows the original calibration state to participants including suitable numbers of people, noise level and air quality parameters. On the right, participants see the real-time effects of the sensor input. These effects manifest in the distortion of the right-half of the blue marble as it progressively degrades into a pixelated, desaturated morass. In the center of the visualization, a climate “doomsday” clock of sorts displays the anticipated tipping point of the work to give individuals a sense of how much time remains to make meaningful changes to the trajectory of the experience. 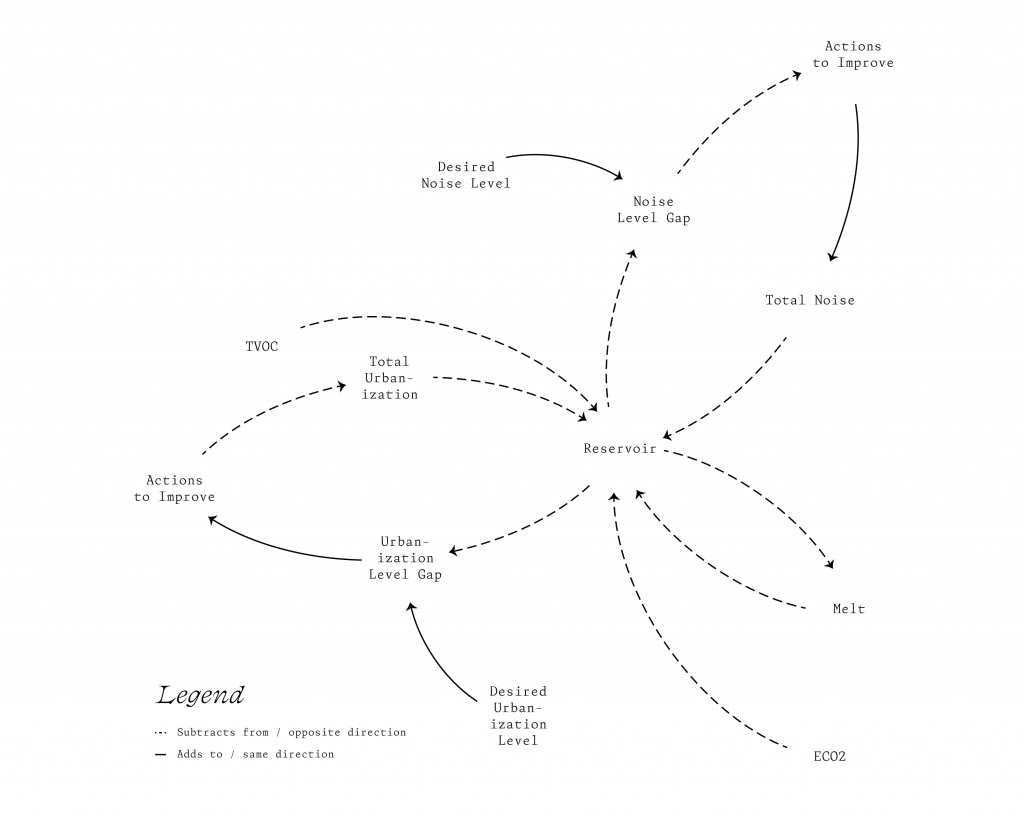 An Ecological Oracle serves as a parable of a subset of the social dynamics at play in light of combating climate change. Can participants self-organize in both the short-term and the long-term in order to not overwhelm the system? How much do individual changes affect the greater whole? What types of collaborations or conflicts will ensue as participants attempt to understand how various inputs affect the system? Will participants try to account for future generations in order to allow them to experience the system? These questions are not unique to the microcosmic experience of this work—the planet and its constituent parts will need to address these questions thoughtfully in order to mitigate the deleterious effects of climate change. 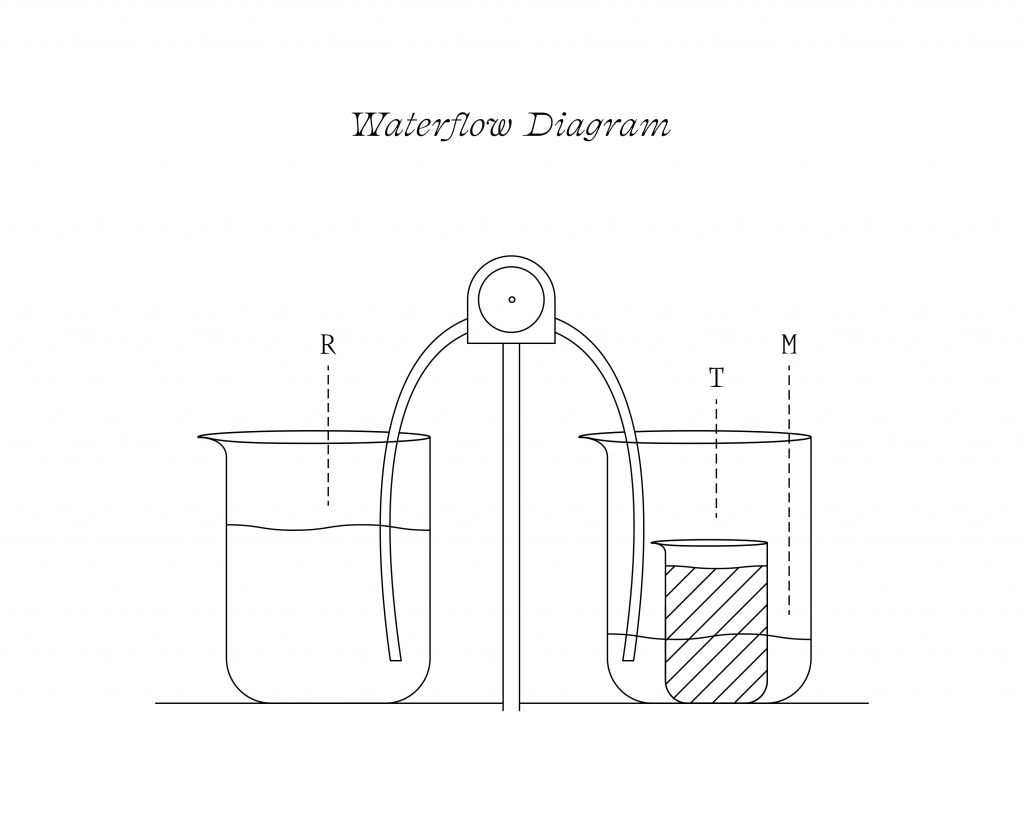