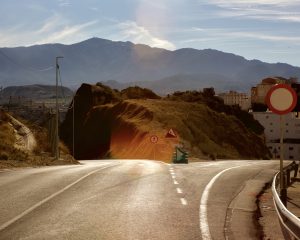 Anders Ehlin, Porosity of Borders, 2022, Photograph, Courtesy of the artist

De-territorialized Listenings is a series of site-specific binaural soundwalks, seeking to challenge the hierarchies of our sensorial and imaginative structures, which are often limited and preconditioned due to the human tendency for habituation and adaptation. Using adaptive spatial audio, which is reactive to the participant’s body movements and location, these soundwalks strive to facilitate a sonic psychogeographic dialogue with a site. The project intertwines research from several fields of study: sound and media art, art in public space, the field of locative media and technology, and the field of sensory studies and emotional geographies.

Conceptual Framework
The ongoing negotiation between subject/object and location has been critically examined from within a wide spectrum of ideologically different cultural practices, ranging from Frederic Jameson’s concept of “cognitive mapping”, Henri Lefebvre’s “production of space”, Michel de Certeau’s “walking in the city” and Lucy Lippard’s “lure of the local.”

De-territorialized Listenings not only proposes a transformation of familiar soundscapes by inducing a “mobility of the self” but also addresses deterritorialization in the context of cultural globalization and distancing from the locality developed through mediatization, migration and commodification of life under the global capital. While deterritorialization speaks of “the loss of the natural relation between culture and the social and geographic territories,”[1] these soundwalks focus on a dialogue with historical, social and geographical contexts by valuing and rethinking local knowledge and environments. 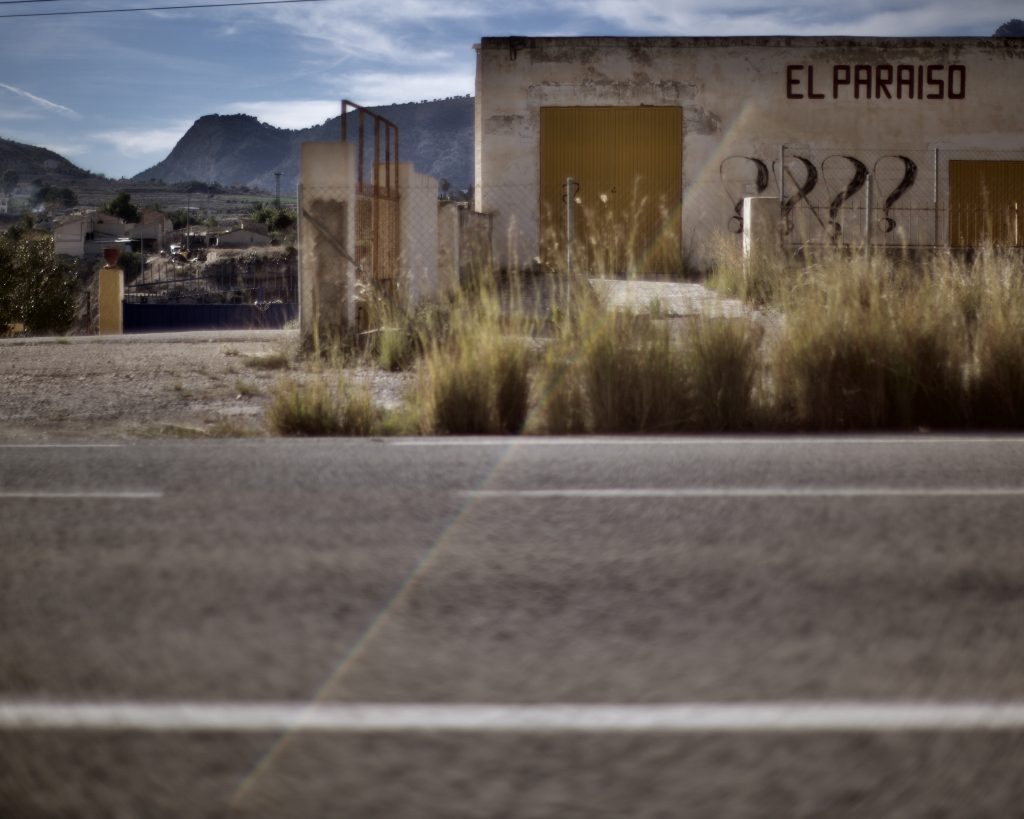 Anders Ehlin, Hence We Kept On Walking, 2021, Photograph, Courtesy of the artist

Through direct interaction with the local community (i.e recorded interviews and discussions) combined with geographical, historical and material research on-site, these soundwalks explore the intimate and collective memories, as well as the ones ingrained in the site in question by facilitating a dialogue through the act of walking. With storytelling as a method, archive and memory are intersected to expose a range of possibilities that occur and prevail as scattered expressions of archived experience. This is formalized through the combination of immersive storytelling as well as through abstract sound art practice and generative composition based on walker movements.

By dismantling the inter-sensorial hegemony often dominated by sight as a verifier, this project aims to provide experiential auditory platforms both for exploring and revealing our cognitive and narrative patterns, but also to mediate further layers of experiencing and connecting – reverberating – with a site. This resonates with Gaston Bachelard’s auditive metaphor “sonority of being” borrowed from Eugène Minkowski to describe the phenomenology of space through its reverberation, but also echoes Miwon Kwon’s dialectic elaboration around the concept of “belonging-in-transience,” where she acknowledges the necessary coexistence and interaction between a “nostalgic desire for retrieval of rooted, place-bound identities on the one hand, and the anti-nostalgic embrace of a nomadic fluidity of subjectivity, identity, and spatiality on the other.” [2] 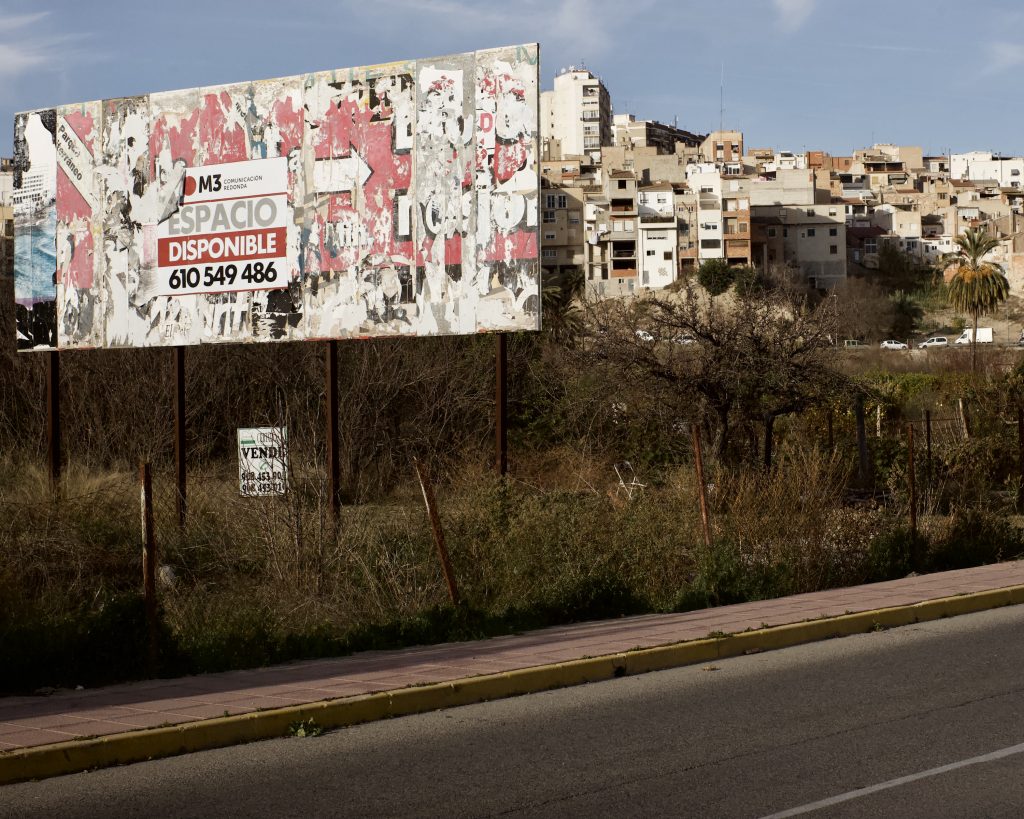 The field of locative media has been present within various practices of art in public space since the early 2000s, and the concept of psychogeography has since been continuously blended with new technologies and sensory awareness. Artists such as Teri Rueb, Christina Kubisch, Jeremy Wood and Christian Nold have creatively been using geolocation, sonification of magnetic fields, sensory and/or social data together or in parts. This resulted in a rise of hybrid ambulatory practices focused on augmented explorations of location and lived experience integrating an array of technological extensions. Souza e Silva addresses locative media as “nomadic technologies,” providing us with spatial and bodily experiences by augmenting our perception, but posits that overuse of locative technologies often approaches the notion of location as a mere “set of coordinates,” ignoring the fact that the concept of location is in fact a merging of “materiality, meaning and practice.”

De-territorialized Listenings proposes a technologically driven, poetic experience, where real-life auditory events will be replaced, juxtaposed and intervened in by parallel sonic environments, narratives and compositions, be they synthetic, acoustic, musical, abstract, distorted, haunting, or hyperreal. A custom-built AR app for mobile phones utilizes both the phone’s gyro as well as accelerometer data to track a walker’s local positions, body angles and movements, as well as geolocation pins in correlation with GPS signals to trigger sound events in the larger geographical realm. Applying these multiple data inputs to provide narrative triggers as well as direct participant/walker-defined sequencing of audio events, the artwork tries to offer fresh entry points to facilitate different layers of active embodiment of spatial coordinates.

Richard Cándida Smith notes how “each expressive form provides a site for memory that draws upon dispersed traces of the past which remain real only to the degree that their contents are incorporated into a repertory available to suggest options for future action.[3] Exploring notions of the past as a springboard to future potentialities, the artwork seeks to engage the participants into personal and communal reflection as well as cater for a renewed understanding and perspective of their locality. 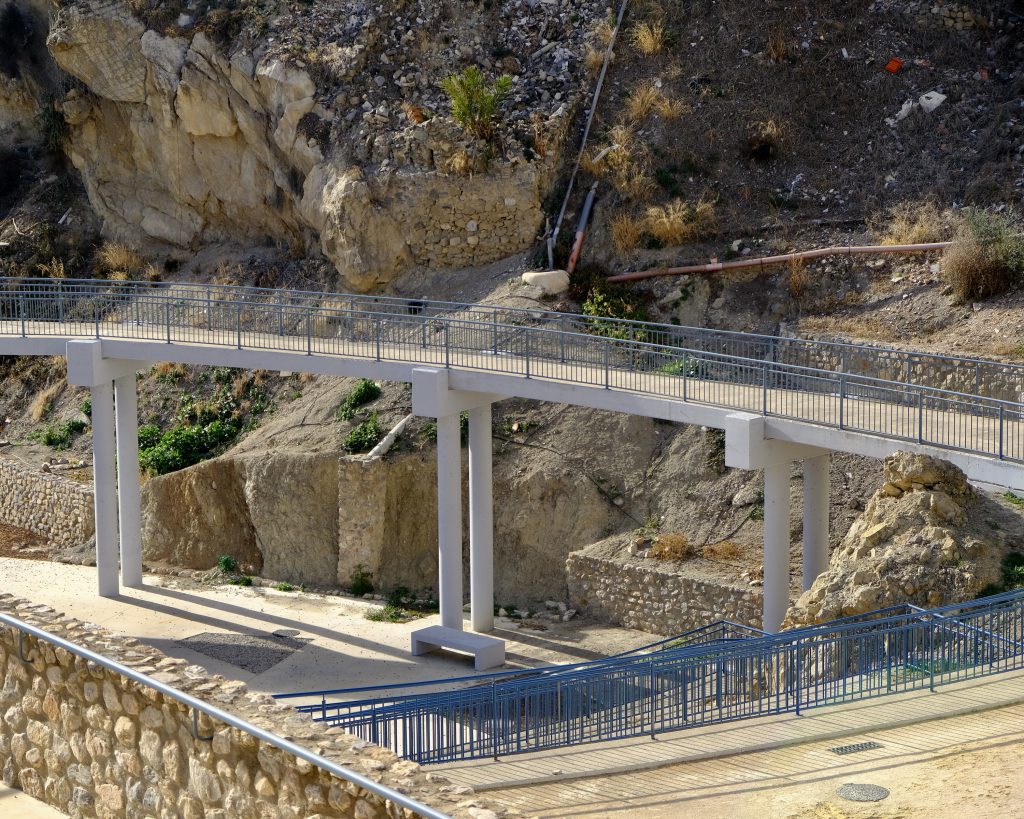 Selma Boskailo, Dreams of Elation, 2021, Photograph, Courtesy of the artist

De-territorialized Listenings will be produced in the following locations:

Additional dates will be announced throughout 2022

The New Liquidity is an interdisciplinary research platform and collective for artistic and curatorial practices, launched by curator and researcher Selma Boskailo and sound artist and composer Anders Ehlin. It aims to introduce and interpret tropes of liquidity, whether through liquid sonority, materiality or visuality. Being a conscious nod to the capitalist moniker, The New Liquidity uses the term liquidity as a referential trampoline to facilitate speculation and porosity of borders as a means of artistic expression and the creation of alternative and/or potential scenarios capable of reorganizing spatio-temporal coordinates. As a part of their research on liquid sonority, the collective is currently developing the project De-territorialized Listenings – an ongoing series of binaural immersive soundwalks that offer strategies for dismantling prevailing hegemonic sensorial and imaginative structures.

Selma Boskailo (b. in Mostar, Bosnia and Herzegovina) is a Berlin based curator, researcher and artist. She graduated in Art History and Comparative Literature at Faculty of Philosophy, University of Sarajevo and attended the Post-Master International Curatorial Program École du Magasin (Grenoble, France) where she co-curated a solo show of Liam Gillick. In 2015 she was awarded a Master of Excellence Scholarship in Media Arts Cultures, master program conducted by four international universities: Danube University, Krems (Austria), Aalborg University (Denmark), University of Lodz (Poland) and City University of Hong Kong (Hong Kong). She has collaborated as curator, curatorial assistant, researcher and artist with various institutions, festivals, galleries and contemporary art spaces in Germany, France, Austria, Denmark and Bosnia & Herzegovina. Since 2021 she is a researcher at The New Centre for Research and Practice (Seattle, US).

Anders Ehlin (b. in Kävlinge, Sweden) is a Berlin based, awarded composer and sound artist, mainly working in the fields of cinema, installation art and art in public space. He has a BA in Cinematology from Stockholm University and an MA in Sound Studies & Sonic Arts from UdK Berlin. In recent years Ehlin has delved into artistic research around language, cognitive dissonance and resonating bodies. This research has solidified into a directly related sound sculptural practice, and his artworks have been exhibited at The Vitra Design Museum (Wald-am-Rein), Aperto Raum (Berlin), ZKM (Karlsruhe), RA (London) and more. His compositional practice spans from lush orchestra and choir works to immersive multi-channel compositions, blending musique concrète, cinematic scoring and modern aesthetics. Ehlin recently finished composing the protest opera Wem gehört Lauratibor against aggressive speculation on urban housing, performed as a demonstration in Berlin and at The Copenhagen Opera Festival during summer 2021. He is also the performing sound artist in the urban interventional dance project Tape Riot, having performed in places such as South Korea, Kosovo, Germany and USA.

[1] Gil Manuel Hernàndez i Martí, “The deterritorialization of cultural heritage in a globalized modernity”,  Transfer: journal of contemporary culture, no.1 (2006): 94.