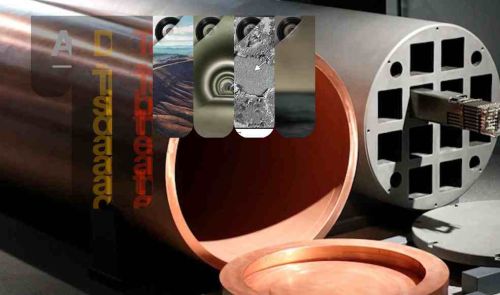 This site documents and activates an ongoing series of audio field recordings made in deep geological repository sites (for the storage of nuclear waste) deeptimecontagion.tumblr.com

Open it to transform your receiving device into a virulent surface for the transmission of sound from indefinitely sealed-off spaces, designed to outlast the human.

In fact it is already open, inaudible to your ears perhaps, it has begun.

To brush the ears and then enter them, wraith-like, not with a hook but with stealth. I hope you find this largely indiscernible.

The deep geological repository is designed to store nuclear waste securely deep underground, sketching an ongoing and incomplete struggle to demarcate humans from contagious materials that would eventually destroy them. At the same time, defined as providing containment ‘without future maintenance’, its thinking and construction is fundamentally premised upon imagining conditions not dependent on the human. The site and its practice, then, necessarily allude to a ‘deep time’ span, exterior to and indifferent to that of the human. This work performs the sonic fiction of capture and viral transmission of the affect of deep time through blocks of recorded sound – A kind of pyroclastic soaked chrono-dread chewing at the edges of the skin like a Burroughs tape experiment melted into rock. These recordings, entwined in deep time, act as figure for twisting this ‘outside’ into experience, camouflaged gestures toward an earworm-thought without limit. To transmit this gelatinous entanglement is to ask a paradoxical question – how a world radically inassimilable to experience can be included within it, how it can be manifest as non-manifest- Its tentative response – as excavation of abandonment; as virulent surface; as unnoticed intrusion on your ambience; and as duration of exposure to deep time.

The next stage of the project extends the work beyond figure, fiction and metaphor to produce real acoustic models of deep time. This involves working collaboratively using techniques of acoustic fossil oscillation detection, a system used by theoretical cosmologists to infer properties of the early universe through modelling sound waves, and combining this with the use of computer simulations to model the material effects of stored nuclear waste over an extended time period beyond human life. Together this method can be used to simulate future acoustic oscillations, turning deep time into sound. I’m working on modes of presentation for the work that refuse a re-prioritisation of subjective experience through affect and interpretation, or impose a limit to artistic knowledge through an aesthetics of opacity or the sublime.