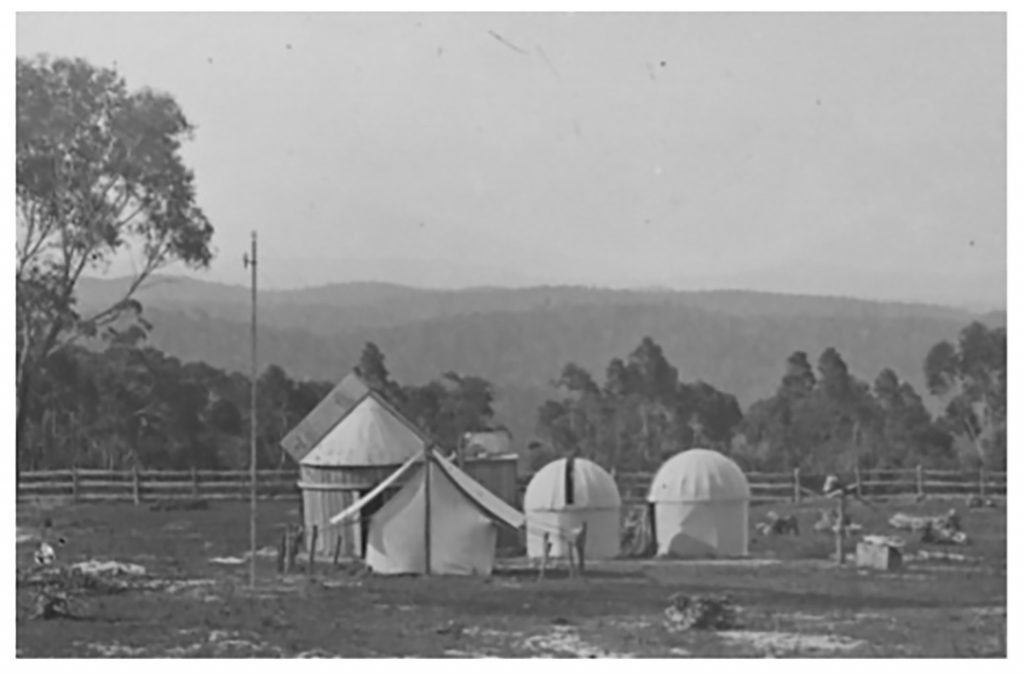 Space, Time and Light is a practice-led research project that explores the quest for seeing the invisible in astronomy and photography through a practice-led investigation of historical and contemporary imaging techniques. The project compares the observation and imaging techniques from the Transit of Venus as observed in Australia in 1874, and the 2019 M87 black hole image as recorded by the international Event Horizon Collaboration.

The project begins as a three-month residency at the historic house, Woodford Academy, in the small village of Woodford, on Dharug and Gundungurra lands, (Blue Mountains NSW, Australia) where an observation the Transit of Venus was recorded in 1874. During this National Trust supported residency, in-depth research about the observations of the Transit and its material outcomes, specifically in relationship to the historic photographic techniques will be explored. The glass-plate negatives made at the time have all been lost and thus the project will take a speculative approach in constructing a visual response to these lost images.

This exploration of the historical photographic observation techniques, and the creative response to the lost images, will develop to incorporate contemporary algorithmic imaging techniques as used in the creation of the M87 black hole image – where thousands of images were collated and collapsed together through imaging algorithms to create one singular image of a black hole. The invisible images that made up this singular black hole image hold resonance to the invisible and lost glass-plate images from the 1874 Transit of Venus observations.

The project will finalise as a solo exhibition of photographic and video and light installations at the Blue Mountains Cultural Centre, from 13th August – 2nd October 2022. 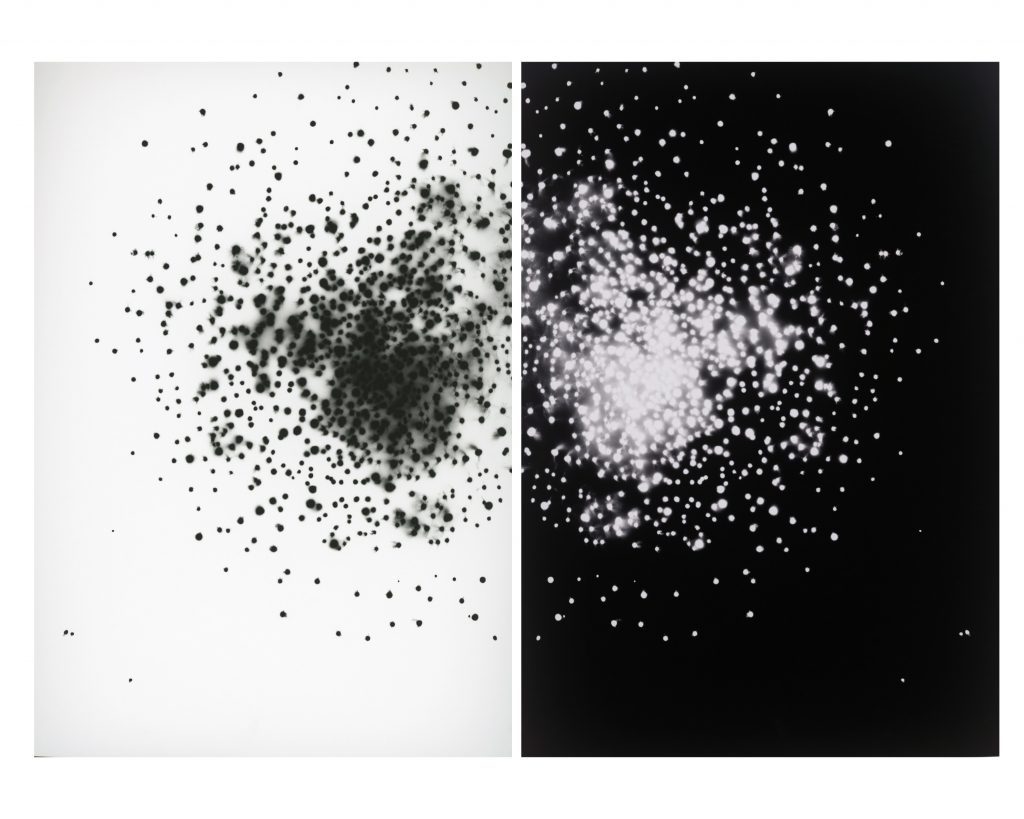 The project probes historical and contemporary imaging techniques utilised in expanding human vision and explores the layers of empiricism embedded within observation and image-making. The quest to extend human vision into the skies and into space through lens-based vision and photography is seen from the earliest days of the photographic medium to today, however, throughout this history, astronomical images, whilst regarded as truthful artefacts of impartial observation, are subject to empirical intervention in their capture and processing.

By comparing the modest historical observation of the Transit of Venus in 1874, in a small village in Australia, with the contemporary imaging of the M87 black hole image the contrast of small and the large is drawn out. This shift in scale relates to the oscillations between the minute and the supermassive within astronomy and also the trajectory of the photographic medium itself – from its modest beginnings of unique images to its contemporary state of massive ubiquity.

The fundamental states of light and dark and their entwined relationship in shaping the visible and the invisible are central to the philosophical underpinning to the project. Influenced by the concept of non-photography as proposed by Francois Laruelle,[1] and photography as a non-representational force as argued by Daniel Rubenstein,[2] alongside the work of Peter Galison,[3] the project will produce a suite of experimental ‘observations’ that focus on the significance of the methodology of production, rather than the surface image to highlight the enduring non-visible significance of the construction of the photographic image. Bringing together early photographic techniques, where the image is vulnerable and unique; with contemporary algorithmic processes, where images are robust, supermassive and collective; the project aims to highlight these invisible methodologies, inverting the traditional ocularcentric approach to making and viewing photographic images. 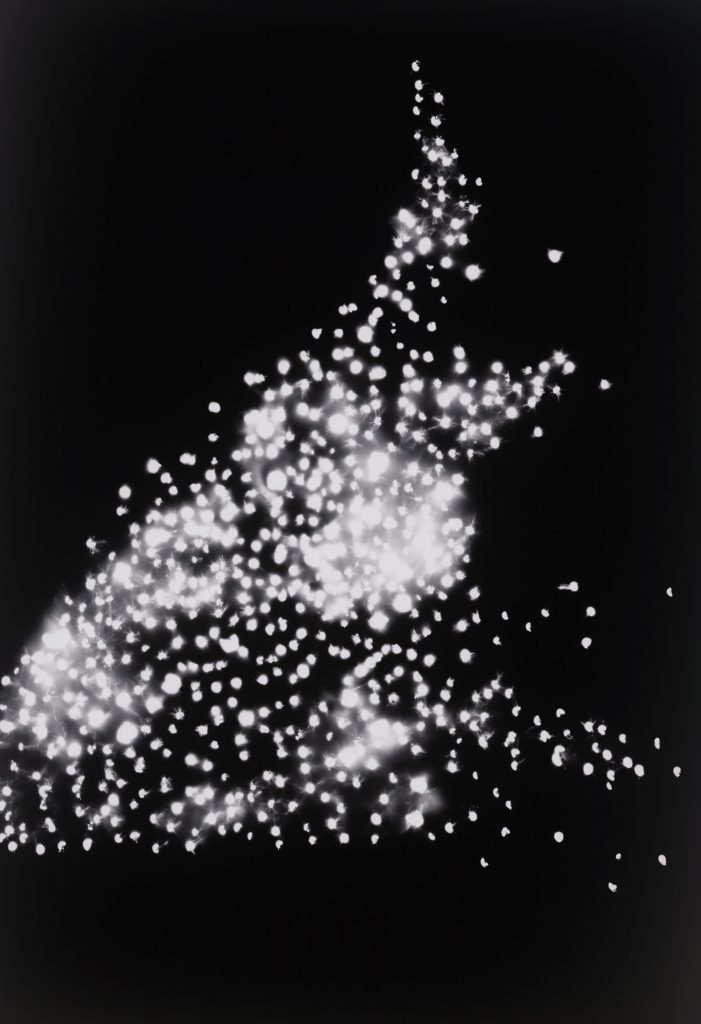 The current Woodford Academy site operates as a historical house and museum and contains no astronomical imaging equipment. In 1874 the observation was undertaken in a makeshift fashion where all imaging equipment was brought independently onto the site — this same methodology will be employed for this project.

Over the three months of the residency period, I will research and explore the material processes – both drawing and photographic that were used in the 1874 observation. This will include producing glass plate negatives on site from telescope lenses in an imitative practice, alongside drawing and video works that will creatively respond to the missing original images.

The collection of on-site images produced over the residency period will be collated together through imaging algorithms, as in the M87 black hole image, to create a suite of individual images that aim to show the play between the visible and the invisible and to speculatively probe at appearance and disappearance within the image plane and within the medium of photography itself.

The outcomes of the project will be as follows:

[2] Daniel Rubinstein, “Fractal Photography and the Politics of Invisibility,” in The Routledge Companion to Photography Theory, 1st ed. (London: Routledge, 2019), 337–55.