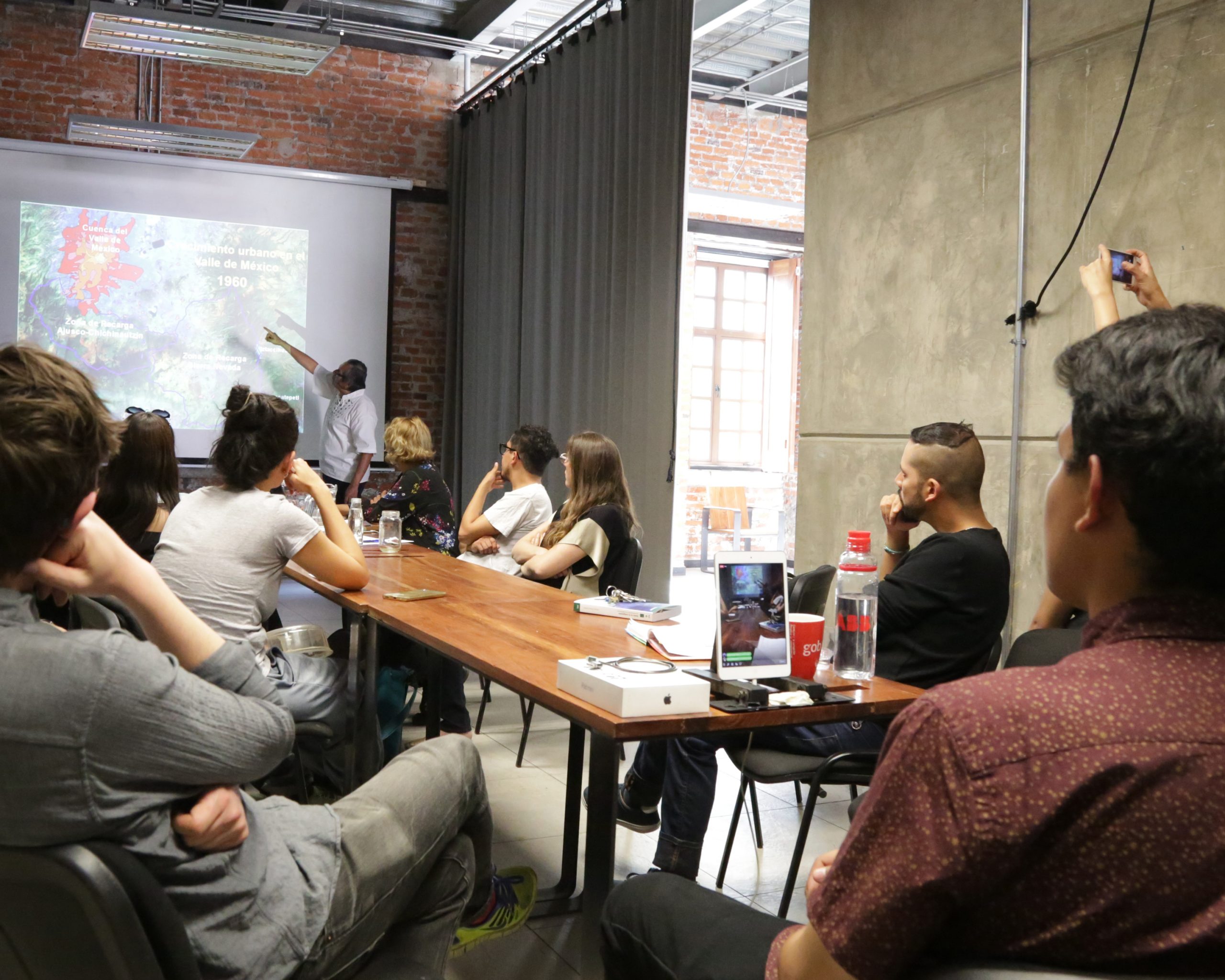 Water Spells: gatherings at El Rule Community of Knowledges, 2019. Courtesy of the artist.

This project addresses the complex relations between humans, water, and land within the context of today’s Mexico City—one of the largest metropolises on the planet, in which hydric sustainability is uncertain. Water Spells will examine how water becomes entangled with certain agents, places, policies, organizations, public infrastructures, ecosystems, strata, and histories, as it travels throughout the Mexican capital. Consequently, it will regard water as an open-ended, dynamic, and complex entity that challenges common understandings.  Institutional discourses have variously regarded water as a resource, a commodity, or a content forced to fit certain containers; a “fuel” circulating either underground or around the city’s outskirts; a “liquid” that is detached from its relations.

This project unravels through two stages. The first stage took place in Mexico City between April and July 2019. It occurred via a series of encounters, discussions, and site visits, in which a diverse range of agents was summoned. All agents were somehow involved with the many dimensions of this city’s water crisis: various researchers, activists, and community organizations met to share their perspectives on water narratives, distribution, hydric justice, endangered ecologies, public infrastructure, and dispossession, among other issues impacting the metropolis and its surroundings. The encounters acknowledged different points of view, while also involving the general public in the conversation. Said meetings were supported by the El Rule Community of Knowledges and the Secretariat of Culture of Mexico City.

Following these encounters, the second stage of this project will develop an anti-methodology called the spell: an exercise in performative writing (Pollock, 1998) which will reclaim text as “magical invocation.” The visits, discussions, and interactions resulting from the aforementioned encounters, all permeated by affective bonds and personal experiences, will constitute a compendium of spells. This stage will be shaped as an online platform and a book project, which will be supported by local allies such as the Center for Digital Culture (CCD) and Pitzilein Books.

This compendium of spells will embrace text as a means for capturing the multi-layered and ubiquitous nature of water. Text will be understood as a sensory device, rather than as a rhetorical tool. Furthermore, the idea of a universally valid object of study will be disassembled; in stead, water will be regarded as a set of dynamic relations between nonhuman agents, human actors, trajectories, and histories that can only be grasped as partial entanglements. Finally, it will function as an open-ended conjuring tool that may regroup formerly summoned agents from its context of origin, while welcoming new interlocutors from other geographies.

This will result in a toolkit of sorts, which will acknowledge the depth, multiplicities, and trajectories of this planetary region’s hydric crisis. The connections between water’s many dimensions will contribute to an understanding of its naturecultural character (Haraway, 2016): something ever-present and ever-absent; something whose meaning can never be fully determined, as it manifests in countless forms; something that sticks to things; a trajectory, a force, a fleeting presence that escapes leaving many traces or none at all.

Water here shall manifest as a haunting element, a troublesome thing, or an indeterminate ensemble. Located at the border between knowledge and belief, the spell will allow contradictions and incomplete information to coexist with scientific facts. It will be fabulative, as it will entangle the past, the present, and the future in unexpected ways. It will be partial, as it acknowledges its artificiality. It will aim at blurring the line between thought and action, as it originates from an effort to restore a transformative power to words. 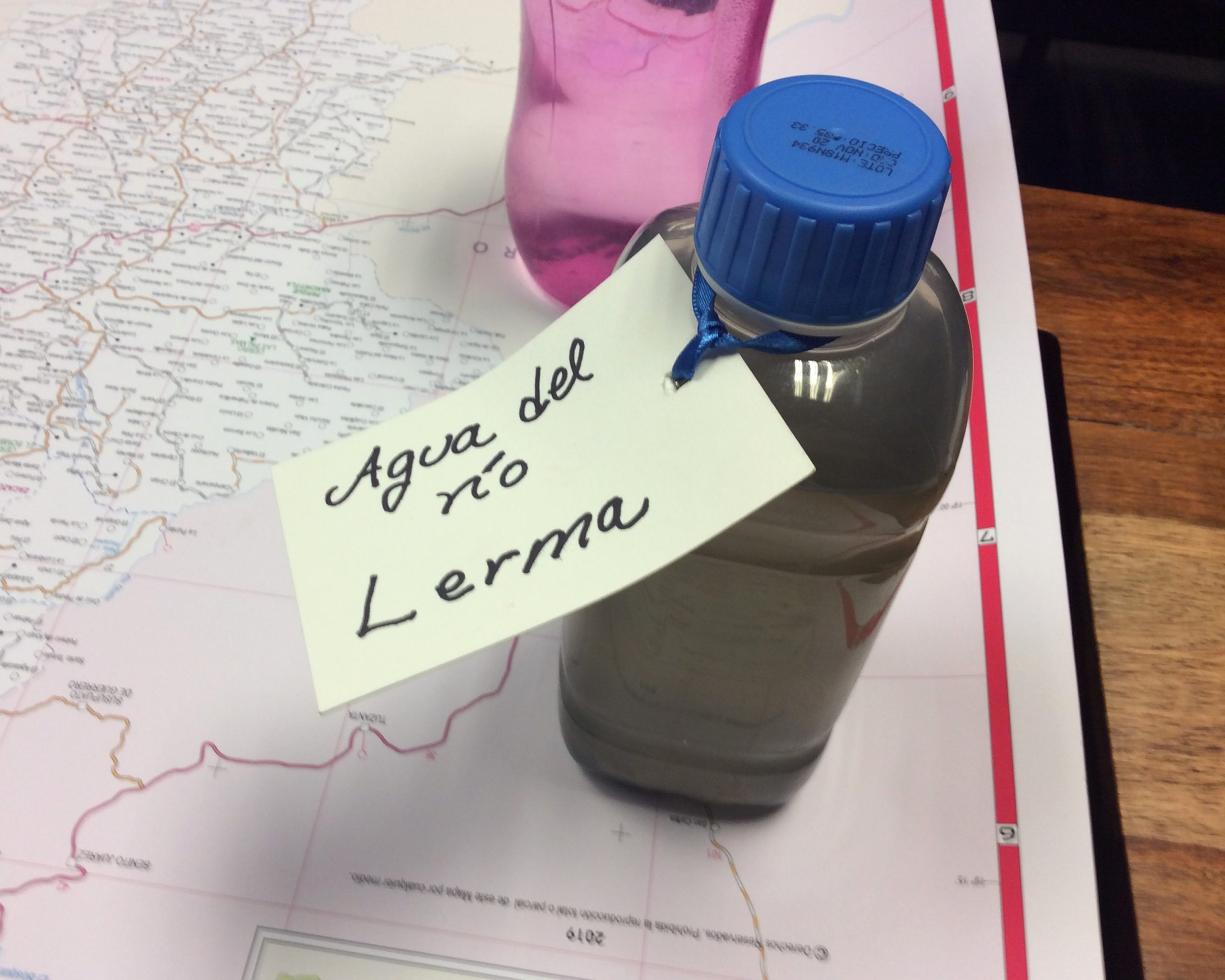